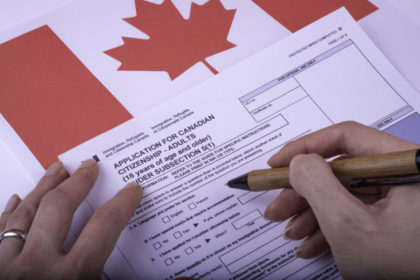 In a move with massive implications for the processing of Canadian immigration applications, Ottawa is overhauling its National Occupational Classification (NOC) system.

Under the changes to take effect in the second half of 2022, the NOC will move from a four-digit number to categorize each occupation to a five-digit code.

Within the new five-digit code, the Canadian government will break down the level of skill of each occupation, now called the Skill Levels, into six categories from the current four to better reflect the level of Training, Education, Experience and Responsibilities (TEER) of each job.

These TEER categories will replace the current Skill Levels.

Expect to see the new NOC system up on Employment and Social Development Canada’s (ESDC) website in the coming months.

It will only go into effect, though, in the second half of next year “to provide organizations and programs with enough time to make a proper transition from NOC 2016 to NOC 2021.”

A nationally-recognized and standardized system used by Immigration, Refugees and Citizenship Canada (IRCC) to evaluate the work experience of applicants for immigration, the choice of the right NOC is one of the most important parts of an application for immigration.

With the overhaul to the NOC, all applications submitted once the new system comes into place will require the applicant to put in the proper – and new – five-digit NOC code.

“Every 10 years, the (NOC) undergoes a major structural revision whereby the existing occupational groups are reviewed alongside input collected from many relevant stakeholders through a consultation process,” states Statistics Canada on its website.

“The release of the NOC 2021 will be the product of this 10-year cycle and will reflect changes in the economy and the nature of work. Input from the public, and particularly stakeholders, has been a key part of the revision process.”

Every province and territory in Canada uses the NOC to identify jobs that need to be filled by immigration programs.

In March, for example, New Brunswick temporarily reduced the work experience requirement for its truck driver stream, targeting candidates under what is now NOC 7511.

In February, British Columbia immigration lifted its exclusion of 31 NOC codes as it conducted two draws, issuing invitations to 494 candidates, after roughly a year of limiting immigration of people to do those jobs.

And, late last year, Saskatchewan regularly targets occupations in demand through the use of NOC codes.

The overhaul of the NOC codes comes as Ottawa is facing criticism from many applicants for immigration and the province of Quebec over delays in processing applications.

In May this year, the francophone province’s minister of immigration lambasted Ottawa for dragging its heels on immigration applications to Quebec.