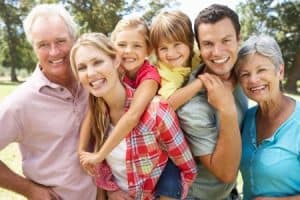 January 30, 2018 – Canadian citizens and permanent residents who want to sponsor parents and grandparents to come to Canada have to declare their Interest to Sponsor by noon on Thursday, February 1, 2018.

It means there are just a few days left to enter the lottery under the Parents and Grandparents Program.

The window for entering the lottery opened on January 2, 2018. Immigration, Refugees and Citizenship Canada will draw names at random and ask for full applications to be submitted, with 10,000 spaces available.

When Does the Lottery Close?

What Is the Process Under the PGP?

A draw will be made from all those who fill in the ‘Interest to Sponsor’ form later in 2018, with successful candidates notified by email. They then have to complete a detailed application form within 90 days of being notified of their selection.

What Are the Requirements?

Criticism of the PGP has continued despite a tweaked lottery process aimed at making the system fairer.

Complaint emails sent to Immigration Minister Ahmed Hussen accuse the government of playing with the lives of people who want to bring their loved ones to Canada.

This time around, Immigration, Refugees and Citizenship Canada added questions to the draw form to try and stop sponsors and candidates who did not meet requirements from entering.

The change comes after nearly 100,000 people entered the lottery in 2017, but the target of 10,000 applications was not met after the first draw took place. As a result, a second draw happened in September 2017, although it is not known whether the 10,000 target was reached.