While the Canadian government’s commitment to providing asylum for Syrian refugees remains steadfast, the specific details of Canada’s refugee resettlement plan continue to change. In January 2015, Stephen Harper’s Conservative government pledged to accept 10,000 Syrian refugees by 2018. These 10,000 refugees were to arrive in Canada primarily via private sponsorship. 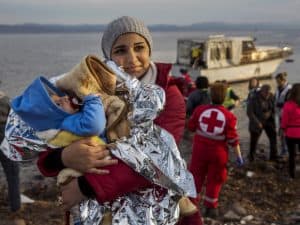 When the Liberal Party came to power in October, 2015, incoming Prime Minister Justin Trudeau sped up the timeline on the Conservative party’s previous promise, pledging to bring 10,000 Syrian refugees to Canada by the end of 2015, primarily via private sponsors. As the crisis in Syria worsened, the Liberal government expanded its pledge, promising to use government funds to settle 25,000 additional refugees in Canada by the end of 2015.

Within a month, however, a number of pragmatic and political developments forced Canada to alter its plans for refugee resettlement.  From a pragmatic point of view, Canada’s Immigration authority simply did not receive enough refugee applications to allow the government to reach its refugee intake goals. On the political front, public sympathy for refugees cooled somewhat after the Paris terror attacks, as Canadians became concerned that potential extremists could be amongst the numerous refugees allowed into Canada.

Even these predictions, however, have proven untenable, as the cost of resettling such a large number of refugees has proven to be higher than first anticipated. These financial difficulties, along with other issues such as limited airport capacity and delays in the completion of application processes, have caused Canada to miss its revised goal of resettling 10,000 refugees by the end of 2015.

Numerous factors have forced the Canadian government to repeatedly revise its refugee intake goals. Canada’s will to take in as many refugees as possible, however, remains undeterred.