Canada’s Top 10 Universities Names Among Best In The World 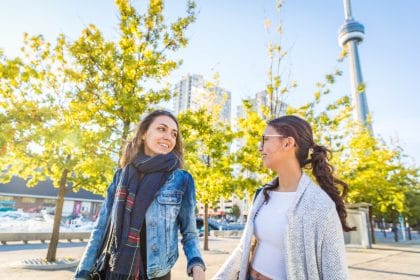 2019-11-07 – The University of Toronto has been named as Canada’s top university, heading a prestigious list of globally-renowned schools the country has to offer for international students looking to study in Canada.

A list compiled by U.S. News and World Report puts the Ontario university at number one, closely followed by the University of British Columbia and Montreal’s McGill University.

International students with Canada Study Permits attend some of the foremost universities in the world.

In a global context, the trio are named among the top 50 best universities.

The list shows the outstanding calibre of education on offer in Canada, and why it has become one of the most sought-after countries in the world for international students.

According to U.S. News and World Report, “schools were evaluated based on their research performance and their ratings by members of the academic community around the world and within North America.”

The number of Canada Study Permit holders swelled to well over half a million in 2018, government figures show.

The figures cover students from high schools, colleges and universities, in Canada benefitting from its world-class education system.

Study Permit numbers have increased 180 percent in the last decade, as successive governments have recognized the benefit to the Canadian economy of increasing international student levels.

With Canadian education much cheaper than across the border in the U.S., Canada’s best universities are often seen as a pathway to a world-class education without the dollar outlay required south of the border.

Students from India and China dominate the international student landscape, accounting for 315,610, or 55 percent, of the total Study Permit holders in Canada.

The political climate in the U.S. is also pushing many would-be international students towards Canada as a study-abroad option.

Candidates who would previously only have considered America are turning their attention north because of the anti-immigration stance taken by Donald Trump’s government.

As the U.S. makes it more difficult to move there, and life more difficult for immigration already in the country, Canada is doing the opposite, particularly for international students.

A three-step process has been established in Canada targeting international students. First, they hold Study Permits while in full-time education, second, they become eligible for a Post Graduation Work Permit, and third, they can use all the experience gathered to qualify for permanent residence.

It had made Canada one of the more attractive countries in the world for foreign students considering their study options. Universities in Canada figures show a 10.7 percent increase in the number of international students, country-wide.

At the federal level, the government has introduced points under Canada Express Entry. In November 2016, Comprehensive Ranking System points were added for three-year post-secondary, master’s, professional degrees and doctorates (30 CRS points) and post-secondary diplomas lasting one or two years (15 CRS points). No points are awarded for a Canadian high school education or below. This gives many graduates the extra push they need to achieve a coveted Invitation to Apply.

The federal government and relevant provinces also promote the Atlantic Immigration Pilot, which includes a category aimed at international graduates. It was introduced earlier in 2017 to try and reverse ageing populations and shrinking labour markets in the Atlantic provinces of Nova Scotia, Newfoundland & Labrador, New Brunswick and Prince Edward Island.

The Ontario Immigrant Nominee Program runs a similar program without the need for a job offer, but it is aimed at Master’s and Ph.D. graduates. The education requirement, therefore, is much more onerous, and the candidate must have English or French at Canadian Benchmark Level 7 or higher. The Ontario Master’s and Ph.D. streams are open periodically throughout the year.

At the same time, the overall physical presence requirement was reduced from four years in six to three years in five, allowing international students to become Canadian citizens just two years after becoming a permanent resident.