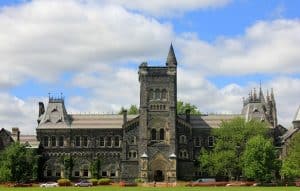 March 7, 2018 – International students are being drawn to Canadian colleges as they look to get a feel for the country before deciding whether to attend university here.

Pre-university level students cite low crime rates and cheap cost of living as key factors in their decision to choose Canada over rivals such as the U.S. and Britain.

The political climate in both countries is also playing a key factor, as Canadian colleges and universities swell their ranks of international students, backed by progressive federal immigration policies.

Canada has made it clear that it wants to attract international students and make it easier for them to stay and build their careers here after graduation.

Colleges play a key part in the process, providing everything from one-year certificates and university preparation courses all the way to full degrees.

They are also very flexible, giving points for higher education already completed and qualifications that are recognized all over the world.

Figures show international student enrollment in Canadian universities increased by 10.7 per cent in 2017.