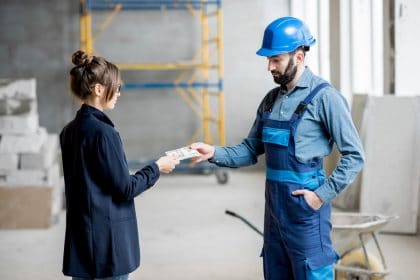 June 5, 2019 – Service sector employers in Canada are taking large cash payments from foreign workers in exchange for jobs needed to secure permanent residence, according to a report.

An investigation by the Globe and Mail found payments of up to $20,000 have been made to businesses including major brand fast food franchise owners in return for jobs for international students and other foreign workers.

The findings follow another investigation that identified 45 recruiters and immigration consultants who charged thousands of dollars to 2,000 immigration candidates for jobs in Canada.

Illegal cash payments that are difficult to trace are being made to employers from the fees charged by immigration consultants.

The Globe report uncovers 31 cases in which employers were paid cash in return for offering jobs. Other candidates said they were made to work long hours for less pay and no overtime. Some were made to pay part of their wages back and were forced to cover employer payroll taxes.

The incentive for candidates to make the payments is that job offers count significantly towards immigration applications, both to federal programs and provincial streams.

The federal Express Entry program, for example, awards 200 points for a high-skilled or managerial job offer, and 50 points for other occupations. Those points often make the difference in the quest for an Express Entry Invitation to Apply.

In some cases employers have taken on candidates for ‘managerial’ positions, but they have been made to do menial work, the Globe reports.

Canada announced in April 2019 that it would overhaul the system for regulating immigration consultants, although it will continue to be self-regulated.

The College of Immigration and Citizenship Consultants Act will see the introduction of a new licensing regime and a new code of professional conduct for immigration consultants.

Self-regulation is set to continue despite a parliamentary committee recommendation dating back two years calling for the regulation of immigration consultants to be brought under the direct authority of the federal government.

Under the act, the federal immigration minister will get new powers, including in the establishment of the code of conduct and in the formation of the board of directors of the College of Immigration and Citizenship Consultants (CICC).