What If Your Canadian Permanent Resident Card Expires Outside Canada? 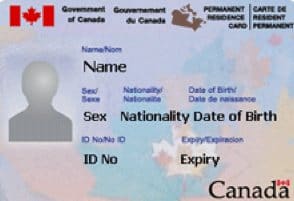 In the first instance, before a permanent resident leaves Canada, it is important they check their permanent residence card will still be valid when they return. A new card can be applied for if the current one expires within six months.

If a permanent resident is already outside Canada when their card expires, they still have options.

When Returning by Commercial Vehicle: Plane, Bus, Train, or Boat

Once back in Canada, a permanent resident can apply for a new card.

When Returning by Private Vehicle

The Canadian government publishes a list of other documents a permanent resident can use to establish their identity and re-enter the country. The list is here.

Once back in Canada, a permanent resident can apply for a new card.

How Long Is a Permanent Resident Card Valid For?

Most permanent resident cards are valid for five years, with some valid for one year. A resident is advised to apply for a new card if their card expires inside six months.

Statistics show a significant increase in the numbers of Europeans, Britons and Australians choosing to give up their status just so they can board a flight to Canada.

While there has been a surge in the number of dual citizens applying for their Canadian passport because of new Canada eTA rules, for permanent residents the trend is in the opposite direction.

The statistics show that since November 10, 2016, when the eTA became mandatory after a series of grace periods, Canadian permanent residents have been renouncing their status in significantly higher numbers.

There are many reasons for a trickle of permanent residents renouncing their status each year, including anything from a reluctance to pay taxes to not liking the weather.

But the reason for the surge appears to be linked to the process of applying for the eTA.

Anyone travelling from a visa-exempt country into Canada by plane requires an eTA. Canadian permanent residents are exempt from the requirement. However, problems begin when permanent residents arrive at an airport without their PR card, with an expired PR card, or to find their status has lapsed for another reason, such as not spending enough time in Canada.

Meanwhile, the eTA rules are causing Canadians with dual nationality to apply for passports in droves. Canadian consulates all over the world are being inundated with Canadian passport requests.

As part of eTA requirements, Canadian dual citizens must use a Canadian passport to fly into Canada. Previously, they could use the passport of their other country of citizenship.

It means the new eTA rules have forced thousands of dual citizens to apply for a Canadian passport.

Canadian missions in Australia, the UK, France and Germany say the increase in application numbers has caused processing times to double in some cases.

The dual citizenship issue was one of a number of problems with the eTA roll-out, for which the federal government face severe criticism.