Canadians Can Still Be Banned from U.S. For Admitting Cannabis Use 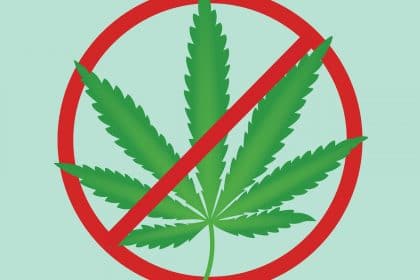 December 1, 2018 – Canadians crossing the border into the U.S. are being warned they can still be banned from the country for admitting cannabis use.

U.S. Customs and Border Protection officials say those admitting to using cannabis before October 17, when it became legal in Canada, face a potential ban.

Many Canadians are unaware of the threat, and could face a surprise when trying to cross the border.

A pre-legalization announcement from the CBP allayed fears that Canadians working in the cannabis industry could be banned if they tried to cross the border.

However, the change does not cover cannabis use before the October 17 date of legalization in Canada.

The concern is that many Canadians might feel there is no risk when crossing the border, and find themselves facing problems.

Many faced increased scrutiny and screening, including at Toronto airport, causing flights to be missed in certain cases. However, most were eventually allowed to fly to the conference.

One case involved a businessman who had invested in a Las Vegas cannabis production facility and was planning to tour the facility during his trip. He is now banned from entering the U.S.

Still A Controlled Substance in The U.S.

Cannabis is a controlled substance in the U.S., falling under federal government jurisdiction.

There are still potential issues with cannabis industry workers crossing the border.

Canadians with ties to the U.S. cannabis industry could face problems from U.S. border agents, as could those with cannabis-linked criminal histories from pre-legalization.

The Dilemma When Questioned About Prior Cannabis Use

Canadians entering the USA, with prior Cannabis use who are questioned on the issue, are faced with a consideration of denying prior use.  This in itself can result in a lifetime ban if caught for lying.   An appropriate response to consider therefore is to refuse to answer a question about prior Cannabis use.  This can result in a temporary refusal for admission to the U.S.

Caution is therefore the correct approach for those crossing the U.S. border, given the erratic shifts in policy seen under Donald Trump’s presidency.