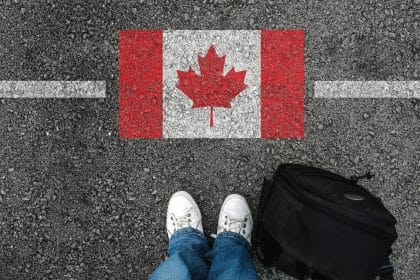 Canada came out on top of the polls conducted in 18 major countries and published on March 14, 2019.

Nearly 70 per cent of Canadians said they felt immigrants ‘make our country stronger’, according to the poll results.

Pew Research Centre is one of foremost institutions in the U.S. carrying out this type of research. 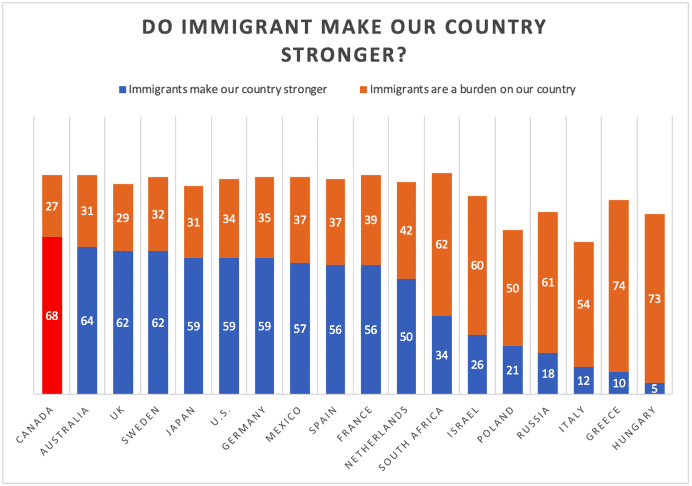 The 18 countries surveyed are the top migrant-hosting nations in the world, where more than 50 per cent of the world’s migrants live.

Nearly 127.5 million immigrants live in the 18 countries, with the U.S. leading the way with a foreign-born population of 44.4 million.

Canada’s foreign-born population is 7.9 million, representing 3 per cent of the world’s migrants.

Canada also came out on top when asked if immigrants were more likely to commit a crime.

Eight out of 10 respondents said immigrants were no more to blame for crime than those born in Canada, the most out of any of the 18 nations studied. 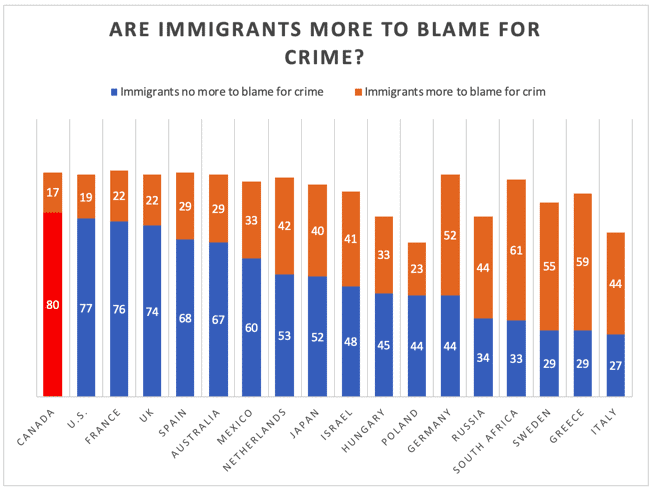 The survey also asked whether immigrants represented an increased risk of terrorism.

For Canada, 61 per cent said immigrants do not increase terrorism, third highest of the 18 nations surveyed.

Mexico came out on top, with 65 per cent saying immigrants do not increase terrorism. For the U.S., the figure was 56 per cent, while the median for all countries was 48 per cent. 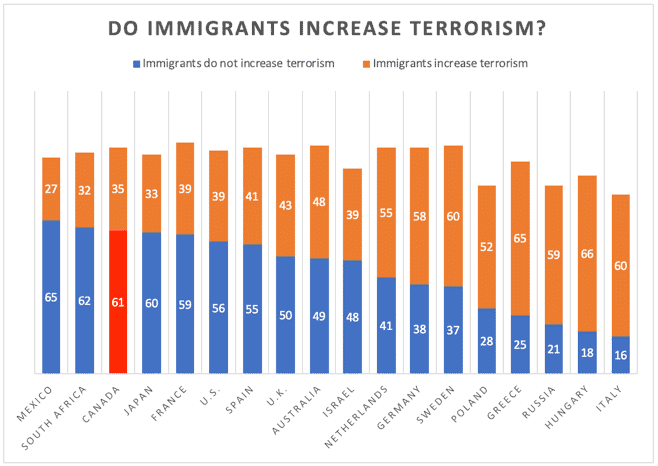 Meanwhile, Canadians were split on whether immigrants were willing to integrate into society.

Canadians also supported the deportation of immigrants illegally living here. Some 53 per cent back deportation, versus 39 per cent who opposed it.

Such public opinion polls are likely to be of significant interest to politicians with a federal election due in 2019.

Immigration is shaping up to be an important election issue as Liberal Prime Minister Justin Trudeau seeks a second term in power.