September 23, 2017 – The federal government privacy commissioner has warned Canadians they should be ‘very concerned’ about phones, tablets and computers being searched by U.S. border security. 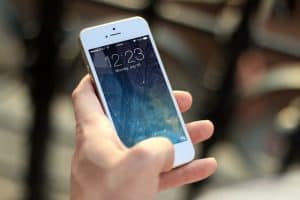 Given the amount of private, sensitive information often stored on the devices, he told Canada’s House of Commons: “We should be very concerned.”

Statistics show American requests to search the devices of Canadians crossing the border have been on the rise since 2015.

One example offered was of a border crosser denied entry to the U.S. because his phone revealed he was on heart medication.

Canadian border officers are also allowed to search devices, but only where grounds to do so can be established.

Therrien urged those crossing the border to seriously think about the information stored on their devices.

He said: “My point is, think about what you’re exposing your information to, and limit the amount of information that you bring to the U.S., because it may be required by customs officers.”

Meanwhile, Americans are not getting the message that they cannot bring guns across the Canadian border.

Canadian officials say it is difficult to inform U.S. citizens that guns are not welcome in Canada, while many that do know the law just lie about it anyway.

Six Americans have been charged with bringing guns across the border during summer 2017 in New Brunswick alone.

They tend to be otherwise law-abiding people who are just used to being armed. Fines of up to $2,000 have been issued by the Canadian authorities.

Officials say many are unaware guns are not commonplace in Canada. They also do not know they can legally declare their weapon and leave it at the border without facing further action.

Despite travel advisories from the Canadian federal government and clear signage at the border, many U.S. tourists still lie about their weapons.

Elsewhere, Canadian legislation to set up new U.S. border pre-clearance at airports, train stations and ferry ports has been held up over concerns about the powers granted to U.S. agents operating north of the border.

A slew of emails was submitted to the Prime Minister’s Office after articles in the national press highlighted the powers U.S. officers would have at their disposal.