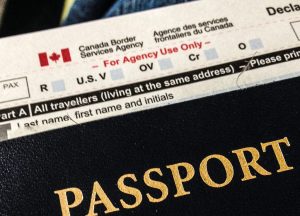 Feb 7, 2018 – A professor at the University of Toronto has described the Canada Border Services Agency plan to electronically tag immigrants as ‘a step backwards’ in attempts to find an alternative to immigration detention and use of provincial jails.

Stephanie J Silverman says the CBSA policy amounts to treating subject like criminals, in exactly the same way as throwing them in jail.

Silverman calls on the CBSA to consider a program that treats each migrant as an individual, providing ‘quality support and services to migrants based on their individual needs so that their cases can be resolved in the community’.

“While superficially appealing, this program is a step backwards as an alternative to the inhumane practice of detaining migrants, sometimes in provincial jails,” Silverman wrote in an article published at nationalpost.com.

Ottawa is investing in a range of alternatives to limit the number of people being held in Canada immigration detention.

The CBSA is investing in a state-of-the-art phone system that includes voice recognition and the ability to pinpoint a person’s location via GPS. The new system is expected to be launched in April 2018.

Canada’s use of jails and the indefinite detention period has drawn criticism from the human rights wing of the United Nations, with the majority of its peers, including the U.S. and the U.K., placing limits on how long people can be detained without trial.