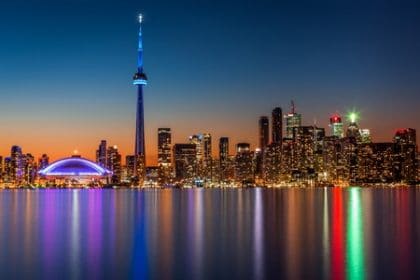 April 26, 2019 –  Cities concentrated in the commuter belt around Toronto dominate Canada’s best job markets in the first quarter of 2019, according to a new report.

The Bank of Montreal Regional Labour Market Report Card sees Guelph, Ontario return to the No 1 spot, thanks in part to an unemployment rate of just 2.2 per cent, against a city average of 5.3 per cent.

The figures show exactly how important Toronto is as a job-creating hub in Canada, despite the city itself not ranking highly in the report.

BMO says: “We’ll reiterate that Toronto’s job market is probably the strongest in Canada, and the strength of these perimeter cities likely reflects commuting activity and a spillover of jobs outside the core.”

Aside from Ontario’s domination, cities from four other Canadian provinces made it into the top 10.

The biggest mover in the report was Saint John, New Brunswick, up 31 places from a year ago due to employment increase of 12.8 per cent, easily the highest of any Canadian city.

British Columbia’s Kelowna was seventh on the list, down two places from a year ago, mainly due to its low unemployment rate of 3.9 per cent.

Halifax, Nova Scotia (No 8) and Saskatoon, Saskatchewan (No 10) complete the top 10 in the report.

The highest Quebec city in the report was Sherbrooke, coming in at no 15 thanks to its low unemployment rate of 3.5 per cent.

Despite cities within commuting distance of Toronto dominating the report, the city itself was ranked 27, down 21 places in the last year with an unemployment rate of 6.6 per cent.

Which Canadian Provinces Settle The Most Express Entry Permanent Residents?
These Are the Top 2019 Jobs Under Canada Express Entry Immigration
Ontario To Launch Immigration Streams Aimed At Technology Sector And Small Communities