Coronavirus: Canada Set To Allow In Temporary Workers Who Already Have Visas 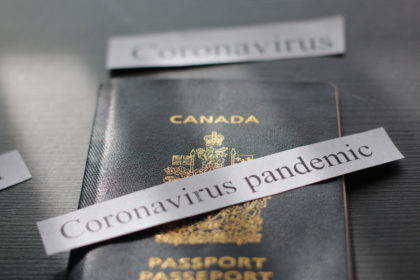 2020-03-19 – Canada says temporary foreign workers and international students who already have visas will be allowed into the country despite new restrictions to tackle coronavirus.

Those who come in will have to observe a 14-day self-isolation period, said Public Safety Minister Bill Blair.

The decision comes after an appeal from the agriculture industry, which relies on thousands of TFWs coming in to work on Canada’s farms over the summer.

In Quebec, for example, less than 20 percent of 16,000 summer workers have so far arrived. Some 4,000 were expected to arrive in April. They are crucial to fruit and vegetable production in the French-speaking province.

A further 1,200 workers are needed for Quebec’s fishing industry.

Marcel Groleau, president of the UPA, Quebec’s largest farmers’ union, put out a press release late Wednesday saying ‘the federal government has made the right decision’.

“Keeping workers from coming into Canada would have been disastrous for the agro-food industry,” Groleau said.

Quebec is currently working with the federal government to decide which TFWs are allowed into Canada.

Provincial Premier Francois Legault wants all foreign workers who have a job to be granted entry.

Not only are restrictions in place for entering Canada, many workers may also have difficulties leaving their home countries, with most TFWs coming in from Mexico and Central America. Several countries in the region have closed borders and restricted air travel.

Legault says companies are welcome to charter planes to go to the source countries and bring the workers in.

Suggested measures include testing all workers for coronavirus before they are allowed to board flights.

Farmers are also in favour of allowing TFWs to work during the 14-day isolation period while being kept away from other workers.

Agriculture industry leaders also advised locals who have lost their jobs due to COVID-19 restrictions to contact their local agriculture employment centre.