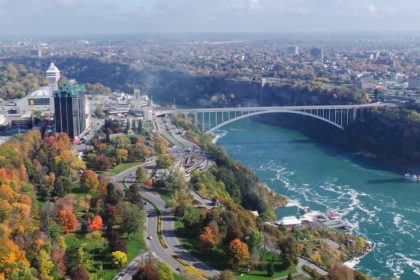 2020-03-20 – Irregular migrants are to be turned away at the Canada-U.S. border as part of measures to tackle the spread of coronavirus.

Canada Prime Minister Justin Trudeau made the announcement in Ottawa on Friday.

The decision is part of a wider move to shut the Canada-US border, which comes into effect at midnight on Friday.

“Canada and the United States are announcing a reciprocal arrangement that we will now be returning irregular migrants that attempt to cross anywhere at the Canada-U.S. border,” Trudeau said.

The most recent available figures, for January 2020, show 1,100 irregular migrants crossed into Canada from the U.S., all but 14 of them into Quebec via the Roxham Road, Lacolle crossing.

“Those who’ve already crossed the border will be put in isolation,” Trudeau said. “But in the future, those trying to cross the border irregularly will be released back into the U.S.”

Migrants risk crossing at irregular points because, were they to attempt to cross at established border points, they would be turned away under the Safe Third Country Agreement.

By crossing at irregular points, they are able to enter the Canadian asylum system.

Previous, the federal government had said irregular migrants would be subject to 14 days of isolation. The Friday announcement marks a significant departure from this policy.