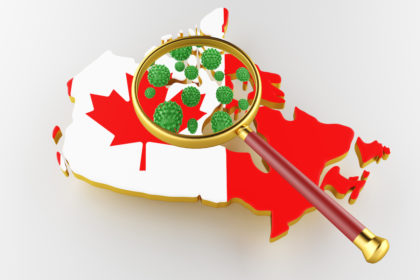 The number of new permanent residents admitted to Canada dropped by 26 percent between February and March 2020, showing the initial impact of coronavirus restrictions.

As the global pandemic took hold in Canada and around the world during March, immigration numbers dropped by more than 6,000, from nearly 26,000 admissions to under 20,000.

The figures were released by Immigration, Refugees and Citizenship Canada (IRCC) on Wednesday.

In Canada’s two major immigration classes, the largest declines were seen in Economic Class immigrants, which saw admissions drop by 29 percent, compared to a 16 percent decline in Family Class admissions.

However, Canada’s full COVID-19 travel restrictions were only put in place halfway through March, meaning the full impact on immigration numbers will not be seen until figures for April become available. 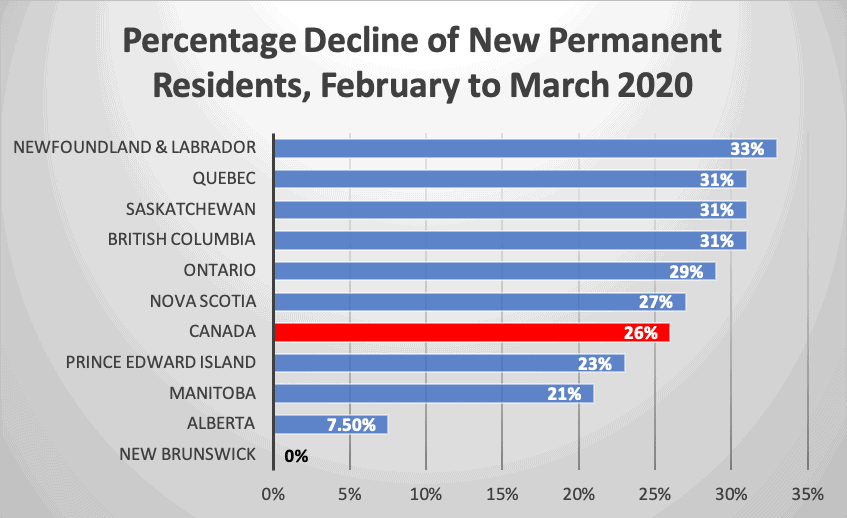 The two provinces to significantly buck the trend were Alberta, with just a 7.5 percent decline in numbers, and New Brunswick, which admitted the same number of permanent residents in March as it did in February, although that total was only 345.

The figures are the first hard indication of the impact on immigrant caused by the coronavirus crisis.

Regardless of the reason for travel or exemption, any traveller with COVID-19 symptoms will not be allowed to enter Canada.

Furthermore, anyone entering Canada from the US or any other country will be required to self-quarantine for a period of 14 days upon entry.

Federal and provincial authorities have continued to conduct immigration draws since the pandemic took hold, but the initial impact on permanent resident arrivals was inevitable.

Earlier in March, Canada’s federal government announced a plan to welcome more than 1 million new immigrants between 2020 and 2022, including a target of 341,000 this year.