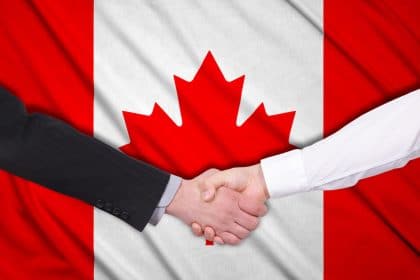 Further, the study found that more than a quarter of Canada’s workforce, 26 percent, consists of immigrants.

Canada’s baby boomer’s generation is aging and moving into retirement, which probably accounts for the high proportion of immigrants in the country’s workforce. Reliance on immigrants is likely to rise further in the decades ahead as fewer young native Canadians step up to replace the retirees.

This trend was evident in 2017 where just 59,000 new native workers joined the workforce while the number of immigrants joining the country’s labour pool was significantly higher at 89,000.

Immigrants are likely to play a bigger role in Canada’s economic growth in the decades ahead. In fact, the study predicts that in the next 15 years, one in three Canadians is likely to be an immigrant.

In a clear sign of greater acceptance of immigrants among Canadian employers, the employment gap between working-age immigrants and native Canadians narrowed in 2017.

84 percent of Canadian-born individuals falling in the core working-age are in the workforce while the comparable figure for first-generation immigrants was 78.9 percent.

Statistics Canada defines core working age as individuals aged between 25 to 54 years i.e. those old enough to have completed schooling but young enough not to have retired from the workforce.

Province-wise breakup of employment rate of immigrants and Canadian-born workers indicates near parity in virtually all the provinces of the country.

The gap in the employment rate is the highest in Quebec while the gap has been narrowing for three consecutive years in Manitoba and Alberta. In fact, the gap has actually fallen below the national rate in these two provinces.

The Atlantic provinces, also shows a small employment-rate gap, largely from the success of the Atlantic Pilot program.

Country-wise analysis of the data shows immigrants from the Philippines have the lowest unemployment rate among immigrants. In fact, at 88.5 percent employment, Filipinos have employment levels better than Canadians as well.

Emphasis on education, strong proficiency in English, and an education system resembling the North-American system are some reasons for the strong show.

African immigrants, on the other hand, constitute around ten percent of Canada’s working age pool but have an employment rate of just 72.5 percent.

Canada has been quite successful in attracting young and skilled foreign workers in recent years. However, there are concerns that must be addressed, especially as it competes with other developed countries for the same pool of skilled young immigrants.

Data indicates immigrants often have to wait for ten years or longer to end up with sustained full-time employment. One out of every three immigrants moving within the past five years does not have a full-time job in the country.

Women immigrants have to struggle more than men and deal with a much bigger employment gap. 72 percent of women immigrants are employed while the figure is significantly higher at 82 percent among Canadian-born women.

Other concerns include common trend of immigrants having to struggle hard in the initial few years, difficulty in finding work in their preferred fields or areas of expertise, compulsion among newcomers to start their careers in low-paying occupations like accommodation and food industries.