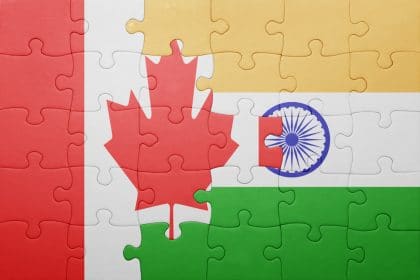 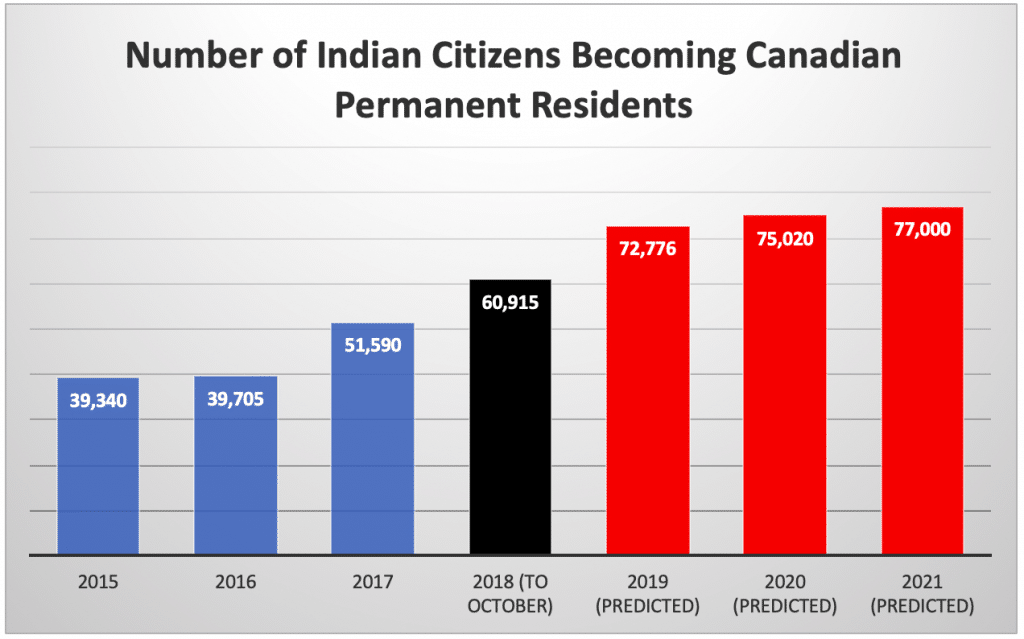 These numbers only apply if the percentage is maintained. The percentage of Indians becoming Canadian permanent residents has jumped from 13 per cent in 2016 to 22 per cent in the first 10 months of 2018, indicating a sharp upwards trend. 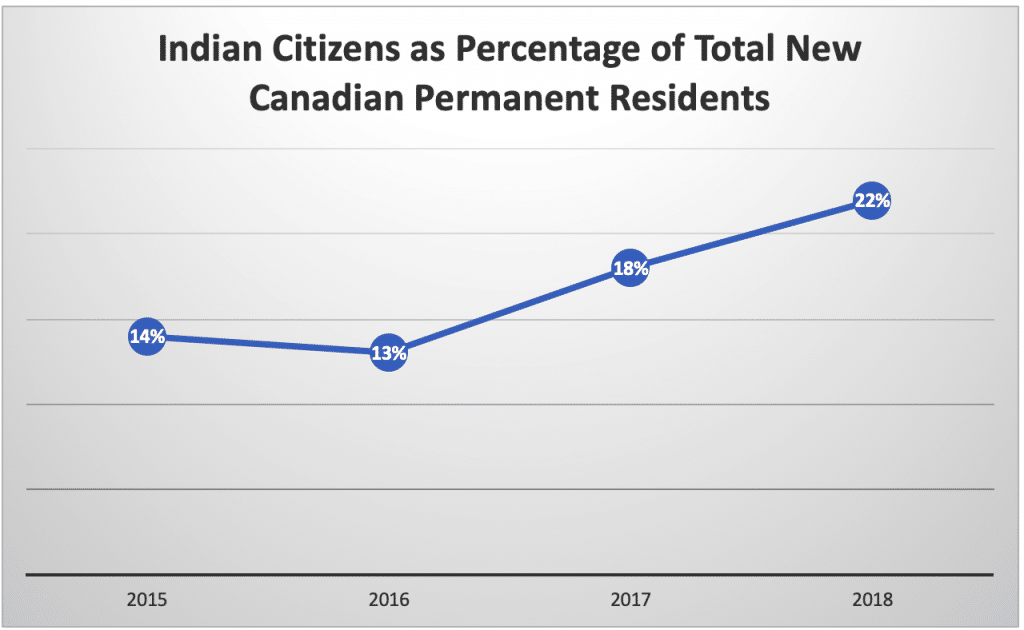 It means that Indian citizens considering a move to Canada should have plenty of opportunity through skilled worker, business and family immigration channels over the next three years.

Other source countries on the top five list are China, Syria and Nigeria.  Syria ranks high due to the approximately 42,000 refugees admitted to Canada following the election of the current liberals in late 2015.

Why Are Indians Drawn To Canada?

India is one of the most densely inhabited countries in the world, with a population of more than 1.3 billion.

Historically, Indian citizens have moved all over the world, with high Indian-heritage populations seen in many of the world’s most developed countries.

But India is also a thriving source of technology skilled workers where its education system is largely recognized in Canada. As the global economy continues to shift dramatically towards technology, Indian high technology workers have become increasingly popular for recruitment and retention through immigration policies.

Indian IT Professionals: Here Is How You Can Move to Canada in 2019
Indian High-Skilled Job Seekers Shifting Focus from U.S. To Canada
How to Apply for Canada PR From India
How Indian Citizens Dominate Canada Express Entry ITAs

More frequently, Indian nationals will come here as international students or on a temporary work permit, and make the transition to permanent residence using the accrued Canadian experience.

On top of this, Canada already has an established Indian-heritage population, built up over decades of immigration. When such a community already exists, it makes the country more attractive for newcomers from the same country.

With Canada planning to welcome 350,000 new permanent residents annually by 2021, Indians are sure to make up a significant percentage.

Candidates with family members who are already permanent residents or citizens can apply through Family Class Sponsorship immigration.

Which Family Members Can Be Sponsored for Canada Immigration?

What Are the Requirements to Be A Sponsor?

If you do not qualify for Family Class Sponsorship, the next step is to consider economic immigration.

Canada accepts the largest number of immigrants under the economic class.

The message is there are many immigration streams to be considered.

What Is the Express Entry Process?

One of the best ways to increase a CRS score is with a job offer, which can be worth 200 or 50 points depending on the skill level.

If you do not qualify through a federal economic program, the next step is to consider provincial streams.

If you have a specific skill, there could be a provincial stream waiting to accept you.

Can I Transition from Temporary to Permanent Residence?

This is a popular route for candidates who do not immediately qualify for permanent residence.

Time spent in Canada as a temporary resident counts towards a permanent residence application and even Canadian citizenship.

Can I Apply for A Business Immigration Program?

Canada also aims to attract entrepreneurs and investors through its business immigration programs.

Current federal policy allows qualified applicants to buy an existing business in Canada and receive a work permit.  Then time spent on the work permit, can count towards a permanent residence application.

However, by far the most popular and largest business program is the Quebec Immigrant Investor Program.

A selection of Canada’s other provinces also operates business programs as a route to permanent residence.

Candidates looking to immigrate to Canada from the India should also consider the Buy a Business and Move to Canada Program.