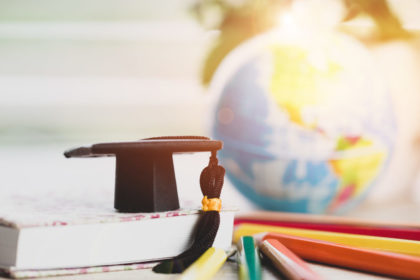 Alberta has eased the requirements for its two Canada immigration streams for international graduate entrepreneurs.

The changes to the Alberta Immigrant Nominee Program (AINP) streams took effect as of December 7, 2021.

The two streams are:

Under the Foreign Graduate Start-Up Visa Stream, language requirements have been reduced from a minimum of Canadian Language Benchmark 7 to 5 for English or French in all disciplines.

Candidates also now qualify if they completed their degree in the last 10 years. Previously, the degree had to have been completed in the last two years.

Under the International Graduate Entrepreneur Immigration Stream, the requirement for 6 months of mandatory work experience has been eliminated. It has been reclassified as a factor that would increase a candidate’s chances of qualifying for the stream.

Furthermore, candidates now qualify simply by having a valid Post-Graduation Work Permit (PGWP) at the time of submitting their Expression of Interest. Previously, the PGWP had to have been valid for two years.

Change to Both Streams

In a further change to both streams, international graduates who currently own and operate a business in Alberta can qualify for permanent residence, provided they meet the criteria.

The Alberta immigration Foreign Graduate Start-Up Visa Stream is an economic immigration program for qualified foreign-educated graduates from outside of Canada who want to launch start-up enterprises and innovative businesses in Alberta.

The AINP stream is a partnership between the AINP and two designated agencies, Vancouver-based Empowered Start-Ups and Calgary’s Platform Calgary.

Those agencies are to review the foreign graduates’ business plans based on:

Once that’s done, the designated agency provides a written report on its assessment of the proposed business plan.  Foreign graduates then submit this report with their FGSVS business application.

The Alberta International Graduate Entrepreneur Stream is aimed at international graduates from Alberta post-secondary institutions who want to establish or operate a business in the province.

Candidates must initially establish or operate their business for at least 12 months while in Alberta on a work permit, before being nominated by the AINP for permanent residence once the terms of a Business Performance Agreement are met.

1. Submit an Expression of Interest

Candidates who meet eligibility criteria can submit an Expression of Interest. EOIs will be reviewed and scored within 30 days of submission. The highest-ranking candidates will be requested to submit a Business Application.

Candidates selected from the EOI pool must submit a Business Application with 90 days. A non-refundable $3,500 application fee must also be paid.

If a candidate’s Business Application is approved, they will be sent a signed Business Performance Agreement (BPA). The BPA is a legal agreement between the candidate and the province of Alberta. It must be signed and returned to the AINP in 14 days. After the AINP receives the signed BPA, candidates will be issued a Business Application Approval Letter.

4. Establish Your Business in Alberta

After receiving the Business Application Approval Letter, candidates can live in Alberta and actively own and operate their business for at least 12 months, with at least 34 percent ownership.

Once the conditions of the Business Performance have been met, a final report for nomination is submitted to the AINP.

If the final report is approved, the AINP will send a nomination certificate to Immigration, Refugees and Citizenship Canada (IRCC) and send the candidate a nomination letter.

Candidates can then apply for permanent residence to IRCC.