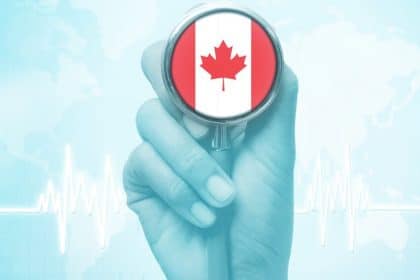 Disclaimer: The content provided in this article is intended for general informational purposes only. It is not intended to constitute insurance, legal, financial, or any other professional advice or services. Consult an appropriately licensed professional to obtain advice for your circumstances. For information about the Canadian public health care system, and for links to the website for each provincial and territorial health plan, visit the Government of Canada website.

The information provided below is correct at the time of publication. Medicare eligibility policy and enrolment procedures are subject to change without notice in each province and territory.

It depends on which province or territory of Canada you settle in.  While Medicare is governed by federal legislation, each province and territory administers its own public health plan, and one area of difference that exists between regions is that some impose a Medicare waiting period on new residents, and some do not. Where a waiting period applies the new resident is responsible to pay the entire cost of medical services, including hospital fees, even in an emergency.

Currently there are six provinces that offer “immediate” Medicare coverage for newly landed permanent residents. Moving from West to East, those include Alberta, Manitoba, New Brunswick, Nova Scotia, Prince Edward Island, and Newfoundland & Labrador. In those jurisdictions, after registering for a health card with the qualifying documentation, the effective date of coverage is made retroactive to the date the new resident arrived to establish residence in the province or territory.

That leaves four provinces (British Columbia,Saskatchewan,Ontario, and Quebec) and all territories (Yukon, Northwest Territories, and Nunavut) where a Medicare waiting period is imposed on newly arrived residents. In these jurisdictions even, new residents who are Canadian citizens face the waiting period.

The waiting period can be up to three months from the date one physically arrives in the province or territory with the requisite immigration status (with permanent resident document). It is important to keep in mind that whether or not one faces a Medicare waiting period, you must arrive with the requisite immigration status AND with the intent to establish residency for long enough to meet that jurisdiction’s criteria of “Resident,” which in most cases means physically being in the province for a minimum of six months each calendar year.

The answer again depends on which Province or Territory the work permit or study permit holder will reside.  For temporary residents there are more conditions and criteria to satisfy.

A temporary resident who holds a work permit valid for requisite minimum duration AND who will reside and work for that requisite duration in the same province/territory, will typically be deemed eligible for that provincial/territorial health plan.  The minimum requisite period differs between regional jurisdictions, the norm being six or 12 months.

Also, there are exceptions and special cases relating to certain types or ‘classes’ of work permit.  The variable cases are too many to list here, but for example in certain provinces a “Working Holiday” permit/visa holder would need to present the ministry of health with a copy of the work permit AND a copy of an employment contract indicating an employment period of a minimum duration.

Given the grave importance of the matter, Canadian education institutions that welcome (and recruit) international students make information about health care coverage in Canada a prominent topic in admissions and orientation communications.

Many (but not all) Canadian schools procure a group health plan specifically to cover international students who face either ineligibility or a waiting period for Medicare.

Work permit and study permit holders who are eligible for Medicare would typically face the same enrolment timeline as permanent residents, vis a vis imposition of a waiting period, or not.

Essential to note is that a temporary resident’s Medicare coverage expires when his or her work or study permit expires. Temporary residents must provide their local health plan administrator up to date immigration documents to maintain active coverage.

Those who remain in Canada with “implied status” while waiting on a new immigration document are treated differently in different provinces.

Thus, in the same way temporary residents need to buy private medical coverage for a Medicare waiting period, they also should be prepared to buy temporary medical insurance for gaps between work/study permits.

Non-residents in Canada, with or without a Visitor Visa, are not eligible for Medicare coverage in any province or territory. So, while non-residents can receive medically required hospital and medical services in Canada, they will be responsible to pay the entire cost of services received, including hospital fees, even in an emergency.

In some jurisdictions there are exceptions to this predominant rule: for instance, in British Columbia, the sponsored spouse or child of a B.C. resident, who possesses a visitor record AND who submits proof of being an applicant for permanent resident status, may be eligible for coverage.

As with any special cases one must consult directly with the appropriate ministry of health for circumstance-specific advice.

New PRs who face a Medicare coverage waiting period can, and should, purchase interim (private) medical insurance for the applicable waiting period. Similarly, non-residents who won’t become eligible for Medicare (including citizens and PRs who ‘visit’ Canada while otherwise residing outside Canada) should have private medical insurance for the full duration of their stay in Canada.

For obvious reasons it is strongly recommended that prospective permanent residents have interim medical insurance in place prior to departing for Canada. For one, an accident can occur any time, such as shortly after arrival, and prior to completing a health insurance purchase. Also, most temporary medical plans designed for newcomers to Canada impose a waiting period on sickness coverage for applicants who buy coverage after having left their country of origin.

Definitely not. Even between plans that fall within the same ‘class’ of plan, the scope of coverage varies, not only regarding the overall maximum sum (dollar amount) insured, but also with respect to:

For instance, after a plan member’s condition has been stabilized by emergency medical care, travel insurance plans and “Visitors to Canada” emergency medical plans typically limit or exclude the cost of further medical services in Canada if one is deemed medically fit to travel back to the ‘country of origin.’

Of course, the cost of plans differs widely too. Moral of the story is to be an informed consumer by looking into options well ahead of needing the coverage, and getting the help of a knowledgeable insurance agent or broker is recommended.

Every new resident must get registered for the Medicare plan in his or her jurisdiction of residence.

That means one can be technically eligible for the coverage, but unable to access medical services as a covered resident until registered and in possession of a valid health card or health plan ID number.

And, here is a tip for prospective residents who will face a 3-month waiting period: Do not wait three months to submit your application for health coverage. Apply promptly after arrival, so to look forward to having an active health card/number in hand by the time the wait period is over.

Medicare coverage does not discriminate or differentiate between a covered resident’s new, existing, or past medical conditions.

The following are some of the types of health services/costs typically not covered by Medicare:

Even where there are publically funded drug coverage programs available to beneficiaries of Medicare, they are administered separate to Medicare primary health care plans.

Furthermore, benefits on prescription drug programs funded by government are not universal in the sense that they can be scaled according to household income, and/or can be deemed optional to residents in some jurisdictions.

To a large extent Canadians bear the burden of their own prescription drug costs, and the cost of services not covered by Medicare, unless they have an extended health (and dental) plan to supplement Medicare.

Employee group benefits that include extended health and dental coverage are highly sought after as part of employment compensation. Many post-secondary schools (or the affiliated student union) offer extended health and dental coverage to eligible students. And, private health plans designed to supplement Medicare are available from insurance companies (and brokers) for individual and families. Travel health insurance plans are also available to supplement Medicare for travel outside Canada. 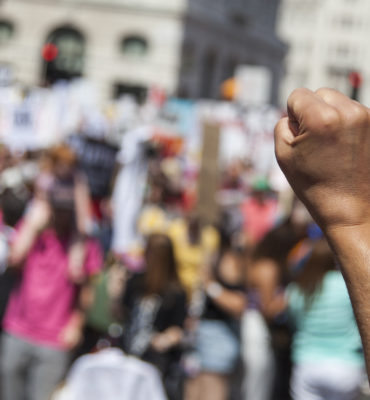