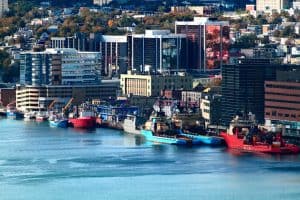 If Canada wants to improve the reputation of the Temporary Foreign Worker Program (TFWP), then coming down hard on those who abuse the system is the right policy approach.

When employers use TFWP as it is intended, foreigners can come to Canada and gain valuable experience on their way to a permanent residency application, if that is what they desire.

But when the likes of Jennilyn Morris attempt to use the program to maximise personal gain with no regard for the people she is employing, the whole system is compromised.

Morris was jailed in Edmonton recently for offences dating back to 2006, including lying to workers to get them to come to Canada and exploiting them when they arrived.  A human trafficking charge against her was dropped.

The 46-year-old, who originally moved to Canada as a Temporary Foreign Worker, became the first person convicted in Alberta under the Immigration and Refugee Protection Act, sent to prison for two-and-a-half years and ordered to pay restitution to her victims.

Morris, owner of Demot Cleaning, made job offers to foreign workers with full knowledge she would refuse to make the required payments under the terms of TFWP.

The court was also told how she made workers sleep five to a bed or on the floor and made them pay for the privilege of a blanket.

Justice Ken Neilsen remarked how little remorse had been shown by Morris and that she refused to accept responsibility for her actions, as he imposed the tough sentence.

Under the terms of TFWP, employers must outline wages and working conditions up front. Employers must also bear return travel costs for low skilled workers back to the worker’s home country and any recruitment costs. The worker must be assisted to find affordable housing and be provided with medical insurance until provincial coverage becomes available.

Officials say they are reliant on workers coming forward in order to build cases against employers who abuse the system. The maximum sentence is five years in prison and a $100,000 fine.

Morris continued to break the law despite a raid by immigration officers in 2009.

She moved to Canada from the Philippines in 1998 under the Live-In Caregiver Program, obtaining permanent residency status in 2001 and became a Canadian citizen in 2008.