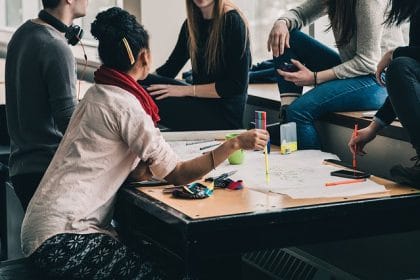 Aug 27, 2019 – Canada’s federal government has announced plans to spend $148 million over five years to attract international students to study in Canada from a greater variety of countries.

Now the federal government will look to attract more from other countries, by spending nearly $30 million per year on a new recruitment effort. 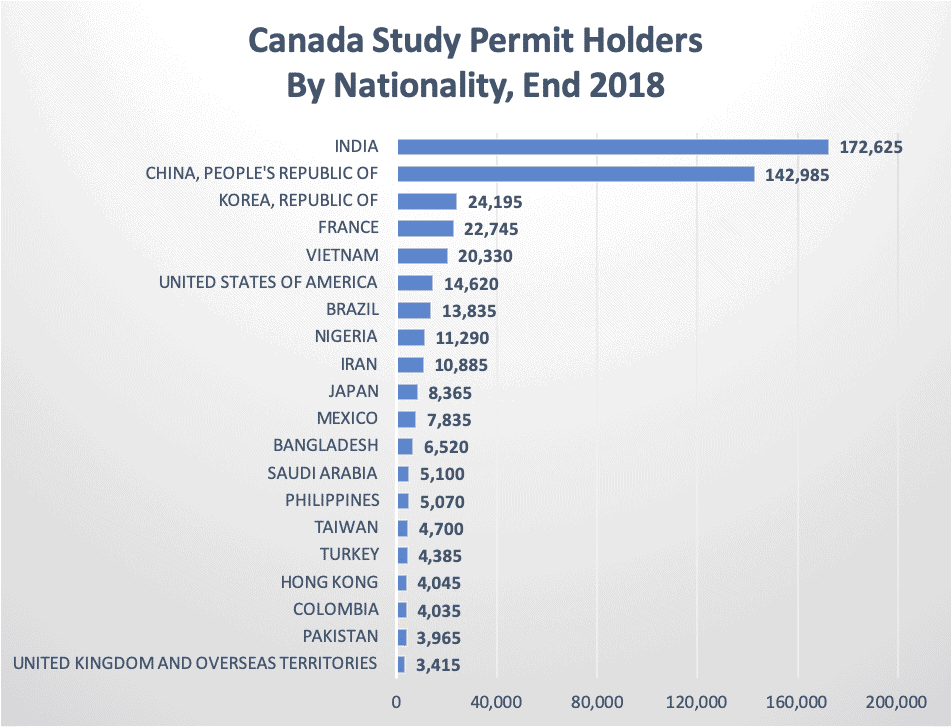 Justin Trudeau’s Liberals have a strategy to target countries where the middle class is growing but the colleges and universities do not have room to meet demand.

The government will also look to recruit based on the appeal of getting a Canadian education, and prospect of staying here after graduation.

Many are already among the top 20 list of source countries for Study Permit holders above, meaning the challenge is to build those international student populations.

The government also wants to promote schools outside Canada’s major cities. Much like new immigrants to Canada, Study Permit holders are drawn to popular colleges and universities in major cities such as Montreal, Toronto and Vancouver.

The challenge is to bring some of the economic benefits linked to welcoming international students to other provinces and other areas within provinces.

Government funding will also be allocated to encouraging Canadians to study abroad, outside popular countries like the U.S., the U.K. and Australia. Officials want to see Canadians spending time studying in Asia and Lation America in particular.

Statistics show fewer Canadian undergraduates study in different countries than their peers in other wealthy nations.

Attracting international students has been a central pillar of Canada’s immigration policy under the Liberals.

A study by Global Affairs Canada shows international students spent $21 billion in Canada in 2018, providing more to the economy than the export markets for car parts, lumber or aircraft.

Since 2012, numbers of international students in Canada have more than double, according ot government study permit figures.

To qualify, applicants must submit up front proof of:

What are the Extra CRS Points For Canadian Education?

International graduates can also access the Post Graduation Work Permit, allowing them to work after graduation. The work experience gained can then be used to strengthen an application for permanent residence.