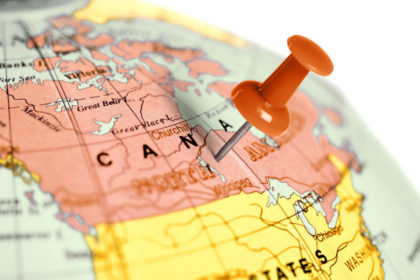 Canada tops the list of countries to which people throughout the world would like to move, a new survey reveals.

Remitly, a company that lets users transfer money online from desktops, tablets or mobile phones, unveiled its ‘Where the World Wants to Work’ survey last month.

It shows there has been a 29 per cent increase in global Google searches of “how to move abroad” from January through to October this year compared to 2019. The results show Canada was the most sought-after destination in those Google searches of all 101 countries surveyed.

Although Canadians themselves pine away for the chance to live in Japan, a country known for its stunning scenery, safety and job opportunities, or Spain, Germany, Europe and even Qatar, people from throughout the world yearn to relocate to Canada.

Many of those Googling information about immigrating to Canada are Africans, particularly those living on the southern half of the continent. Canada was the preferred destination of Africans in Namibia, Botswana, Zimbabwe, Zambia, South Africa, Malawi, Tanzania, Madagascar, Seychelles, and Mauritius and Kenya, as well as the west coast African countries of Ghana and Nigeria and Tunisia in the north.

India and Pakistan, two major sources of immigrants to Canada, were also revealed to be Googling how to immigrate to Canada as were people living in Qatar.

Among the European nations, those with the strongest historical, linguistic and cultural ties to Canada, perhaps unsurprisingly, also have residents thinking of hopping across the pond to Canada. Google searches of how to immigrate to Canada were most common in Ireland, the United Kingdom, Belgium and France.

Canadians, who are well known for wanting to winter in sunnier climes, might be surprised to learn that the people in those countries often want to relocate to the Great White North. In the Americas, residents of Mexico, Belize, Jamaica, Haiti, the Dominican Republic, Antigua and Barbuda, Barbados, and Grenada all indicated they were thinking about moving to Canada.

In addition to its beautiful scenery, reputation for friendliness and consistently prominent placing in the Global Peace Index, Canada is known worldwide as a country which welcomes immigrants.

Earlier this year, a Gallup poll revealed Canada to be most welcoming place on Earth – and far more tolerant than the United States – for immigrants. The polling giant’s latest poll shows Canada has the highest score on its Migrant Acceptance Index.

People living in 145 countries were asked in 2019 whether they thought immigrants living in their country, becoming their neighbors and marrying into their families were good or bad things. Canada scored the highest score, 8.46, indicating Canadians are the most welcoming people in the world when it comes to immigration.