Canada Will Not Extend TR to PR Pathway Beyond this Friday 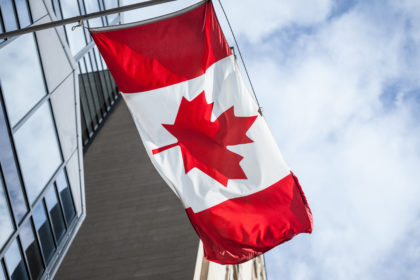 Immigration Minister Sean Fraser is not going to extend the TR to PR Pathway set to expire on Friday to allow temporary residents working in the healthcare sector to become permanent residents.

“There are no plans to extend it beyond Nov. 5,” confirmed Alexander Cohen, the immigration minister’s press secretary, in an e-mail Tuesday.

Canada’s Overhaul of National Occupational Classification System has Major Implications For Immigration
How Does Canada’s Start-Up Visa Stack Up Against Other Countries?
Quebec Organizations Can Once Again Sponsor Refugees Through Collective Sponsorship Program

In the healthcare sector, the new pathway opened the door for up to 20,000 new permanent residents but more than 14,000 of those spots remained unfilled in October, Immigration, Refugees and Citizenship Canada (IRCC) data showed.

Prior to the Cabinet shuffle last month, the former immigration minister, Marco Mendicino, openly mused to Reuters about extending beyond Nov. 5 this program that gives temporary foreign workers an opportunity to get open work permits while they wait to become permanent residents.

“I think we should keep an open mind as to whether or not we should extend (the deadline),” Mendicino reportedly told Reuters in an interview.

“I am always going to keep an open mind about searching for whatever policy promotes the greatest outcomes for our refugees, our immigrants and our country and its economy.”

Mendicino was even mulling over the idea of opening up the program to refugees.

But in the latest Cabinet shuffle, Mendicino was moved to the country’s now much-leaner public safety department.

He has never had a political role with the IRCC.

On social media, many are calling on the new immigration minister to make good on extending this program beyond this Friday, at least for healthcare workers.

“Extend the date and also allow refugee claimants that worked hard during the pandemic to be eligible as well,” wrote one user on Twitter. “Over 14,000 spots shouldn’t go to the drain when people that merit it don’t have (permanent residency).”

Another Twitter user urged the immigration minister to extend the program because of delays in English-language testing by the IRCC and the backlog this allegedly created.

“International workers who worked during COVID-19 deserve the permanent residency here in Canada,” he wrote.

“The program should be extended for those who did not get their IELTS (English-language testing) dates booked due to high capacity. If you gave (some a) chance, why not to all? They all put their lives in danger.”

But an extension of that program – which Cohen described as “among the most inclusive and innovative programs ever launched by IRCC – is apparently just not in the cards.

“Its size, speed and scope are unprecedented,” said Cohen.

“A total of 90,000 spaces have been allocated for workers with temporary status across nearly 140 essential jobs,” he said. “From bricklayers to bus drivers to custodians, the range of eligible occupations has never been more inclusive. Likewise, recent international student graduates will have also have a direct pathway to permanent residency.

The IRCC official said Ottawa is pleased with the program’s uptake and noted the international graduate and essential worker streams outside of health care are already full.

“With spots still available in the health care stream, we encourage temporary residents in the field to take advantage of this opportunity,” he said. “This is a unique pilot program – as with previous programs, we will evaluate its findings, take what we’ve learned and apply it going forward.”

“Immigration is essential to getting us through the pandemic, but also to our short-term economic recovery and our long-term economic growth,” Mendicino said earlier this year. “Canadians have seen how newcomers are playing an outsized role in our hospitals and care homes, and helping us to keep food on the table.

“As we look to recovery, newcomers create jobs not just by giving our businesses the skills they need to thrive, but also by starting businesses themselves,” he said. “Our plan will help to address some of our most acute labour shortages and to grow our population to keep Canada competitive on the world stage.

Despite its open arms to foreign nationals seeking to immigrate to Canada, Ottawa has so far fallen short of its intended target.

Despite those reported numbers of new permanent residents, Cohen expressed confidence the IRCC will hit its immigration target for the year.

“Roughly three quarters of the way through 2021, we’re on track to meet our goal of welcoming 401,000 new permanent residents this year,” said Cohen. “Against all odds, we’ve managed to keep our immigration system working in the face of a once-in-a-century pandemic, while ensuring rigorous health protocols are in place and enforced.”

In its bid to keep these people in Canada, many of whom had temporary work permits set to expire, Ottawa agreed earlier this year to issue them new open work permits.

“This new open work permit ensures that those who have been playing critical roles throughout the pandemic can continue their extraordinary service,” said Mendicino at that time. “Our message to them is simple: your status may be temporary, but your contributions are lasting – and we want you to stay.”

The open work permits so far issued under this temporary policy are valid until the end of next year.

To qualify for this one-time open work permit, applicants must show that they:

The applicant’s spouse or common-law partner and dependent children 18 years or older are also eligible to apply for an open work permit under this policy, if they are already in Canada.

The new pathway to immigration accepts:

In all, the new streams draw on workers in 40 healthcare occupations and 95 other essential jobs, including caregiver, food production, and distribution worker.