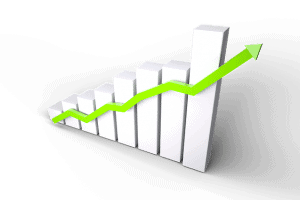 February 27, 2018 – Canada’s federal government will detail how it plans to spend an expected $440 million on an ambitious drive to fuel economic growth by boosting immigration to 340,000 per year by 2020.

In its latest budget to be presented to parliament, the government is expected to break down how it will spend the money, including how it plans to quickly integrate such an increased number of newcomers.

The spending plan comes after Immigration, Refugees and Citizenship Canada move to publish a three-year immigration levels plan in November, in a break from the normal year-by-year planning period.

Under the plan, nearly one million immigrants are expected to become new permanent residents of Canada over the course of 2018, 2019 and 2020.

The latest plan will drive up immigration numbers to historic levels as the government pushes the annual number of newcomers towards 1 per cent of Canada’s population, a target first used by the Liberals in the early 1990’s. The current levels of 300,000 correspond into an immigration rate near 0.82 per cent.

Canada’s plan to welcome 980,000 new immigrants over the next three years, is groundbreaking. In doing so, by the end of his first term, the Liberals will cement themselves as the first in modernity to implement annual immigration levels near 350,000, representing one per cent of our population.

Considering the overall target was 260,000 in 2015, the significance of the proposed increase is clear.

The Liberals promised to increase family reunification through immigration, and the new immigration plan could see up to 96,000 spouses, partners, children, parents and grandparents admitted by 2020.

Canada prides itself on helping those most in needs, as it has done so recently with Syrians affected by the country’s civil war and Yazidis from Iraq who faced persecution at the hands of extremists.

The new immigration plan features room for a possible 56,500 refugees under all categories by 2020. This includes a possible 23,000 privately-sponsored refugees, under a program Canada has exported all over the world.