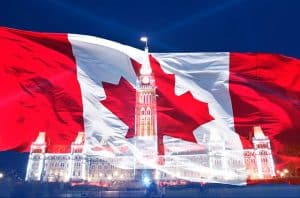 Canada’s Provincial Nomination Programs are receiving immigrants faster and meeting their main objectives of attracting skilled workers. And, they are receiving candidates with qualifications that are needed in the provinces to promote its economic goals.  These are the central findings of a recent federal government report.

The Immigration, Refugees and Citizenship Canada evaluation of how PNPs operated between 2010 and 2015 was released by Ottawa in May 2018.  It found that the majority of candidates who were selected by a province, were able to successfully settle in the province.   Successful settlement is largely defined as being able to finding jobs and earning average or above average wages.

Provincial nominees on average earn more than candidates who came to Canada through the Federal Skilled Worker Program, but lower than those arrive in the federal Canada Experience Class.

Candidates also reported finding work related to their qualifications or higher as their first employment in Canada.  This highlights the power of the PNPs to nominate applicants who are suitable for their economic needs.

Retention rates match those of FSW immigrants but are lower than those brought in through the CEC program. Geographically, retention rates are lower in the Atlantic provinces than they are in the rest of Canada.

Key findings are that PNPs are moving to select candidates based on human capital factors, creating increasing overlap between federal and provincial programs. Meanwhile, the federal immigration system now features pathways for lower-skilled immigrants ‘that used to be exclusive’ to provincial programs, the report found.

Secondly, the report found that PNPs could be doing more to help increase francophone immigration numbers outside of Quebec. Only one per cent of PNP immigrants in the period studied were French-speaking, against an overall federal target of four per cent. Since 2015, several of the provinces have introduced francophone streams that allow French-speakers to jump to the front of the line for immigration.

Finding: PNPs are aligned with IRCC priorities. Although provinces are well positioned to identify candidates that meet their specific economic needs, the federal role in delivery is appropriate given its role in setting immigration levels.

Finding: The provinces and IRCC have a shared understanding of objectives, roles and responsibilities and have improved the alignment of provincial programs with federal economic immigration priorities.

Finding: Overall, Express Entry has had a positive impact on PNPs, allowing for faster processing of applications and increasing the number of nominations. Some concerns were raised regarding possible duplication of efforts.

Finding: The socio-demographic profile of provincial nominees has evolved compared to previous cohorts. Those recently selected are younger, are slightly more educated and have more knowledge of official languages. As a result, characteristics are more closely aligned with those of FSW and CEC.

Finding: The majority (70%) of main applicants were intending to work in high skilled occupations, although to a lesser degree than FSW and CEC PAs (97% and 98% respectively).

Finding: The proportion of provincial nominees who were in Canada on a temporary basis prior to becoming permanent residents increased from 52% in 2010 to 76% in 2015.

Finding: In recent years, the provinces have undertaken various activities to contribute to the development of minority languages. Nevertheless, French speaking candidates represent only a small percentage of those admitted.

Finding: In 2014, the large majority of candidates admitted between 2002 and 2014 still lived in their province of nomination.

Finding: The vast majority of principal applicants have become established economically: with employment and/or self-employment incidence at 92% after one year in Canada.

Finding: Employment earnings increased in the first years following admission, from an average of $48,000 one year after admission to $61,000 after five years. Compared to other economic programs, PNP candidates have higher average employment earnings than FSWs until the eighth year in Canada, but significantly lower than CEC immigrants.

Finding: Most candidates surveyed said their first employment in Canada was in a high skilled occupation. Three-quarters reported this occupation as at their skill level or higher.

Finding: Across all streams, several candidates have started or invested in a business, with almost two-thirds admitted under the business streams having done so.

Finding: From 2012-13 to 2014-15, the annual average cost to administer PNPs was $31 million. PNPs are viewed as the least resource intensive in terms of time spent assessing applications.

Finding: While the current design and delivery model generally allows provinces to effectively nominate successful candidates who address their labour market needs, some areas for improvements were noted. These were mainly based around better sharing of information between federal and provincial immigration authorities.

The important message from the government evaluation of provincial immigration programs is that they are doing the job they are intended to do.

Candidates are being brought in to meet labour market needs, backed up by the fact that they find jobs quickly, in skilled positions with at or above average salaries. That PNP candidates earn on average more than FSW candidates is a key indicator of the continued success of the program.

It is also apparent that the methods used by the provinces to decide who they nominate have become more sophisticated, based on human capital factors. This has resulted in concerns of overlapping between federal and provincial programs.

Other areas the government needs to address include significantly higher processing times for PNPs compared to federal programs, the lack of francophone immigrants being brought in through PNPs and the need for better information sharing between federal and provincial authorities.

Some of this is already happening, with an increased number of provincial streams aimed specifically at French speakers, plus federal-provincial immigration agreements such as the one struck between Ottawa and Ontario at the end of 2017.