FAQ: All You Need to Know About Partial Trump Travel Ban 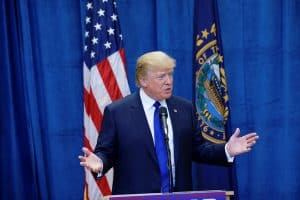 We review the implications of this order following a number of important developments at the executive and judicial levels.

Initial State Department guidance said citizens of the six banned countries and refugees must prove a relationship with a parent, spouse, child, adult son or daughter, son-in-law, daughter-in-law or sibling who is already in the U.S., if they are to be granted entry.

However, a July 14 ruling by District Judge Derrick Watson said grandparents and others should be considered close family members.

The document includes further guidance on what is deemed a close business tie, saying the relationship must be “formal, documented and formed in the ordinary course rather than for the purpose of evading” Trump’s executive order. Officials are to be alert to a relationship that may have been struck specifically to circumnavigate the new rules.

The Judge Watson ruling also said an agreement with a refugee group was enough to circumnavigate the ban.

Those with dual nationality in one of the six countries are exempt provided they are travelling on a passport from an accepted country.