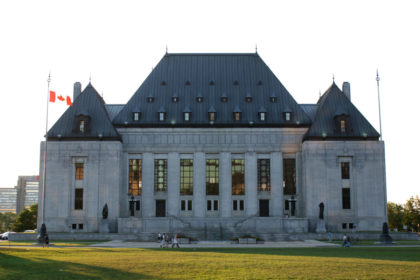 Ottawa will appeal a Federal Court ruling saying the Safe Third Country Agreement on refugees with the U.S. violates the Canadian constitution.

Public Safety Minister Bill Blair said in a statement the appeal was being filed due to factual and legal errors in the findings.

Blair’s statement said: “There are important legal principles to be determined in this case, and it is the responsibility of the government of Canada to appeal to ensure clarity on the legal framework governing asylum law.

“Canada has a long and proud tradition of providing protection to those who need it most by offering refuge to the world’s most vulnerable people, and the government of Canada remains firmly committed to upholding a compassionate, fair and orderly refugee protection system.

“The STCA remains a comprehensive vehicle to help accomplish that, based on the principle that people should claim asylum in the first safe country in which they arrive.”

It is also the reason thousands of asylum seekers have been flooded into Canada at unrecognized border points in recent years, using it as a back door into the Canadian system.

Federal Court Justice Ann Marie McDonald said in her July 22 decision that elements of the agreement violate the constitutional guarantee of life, liberty and security, suspending her decision for six months.

Justice McDonald agreed that those turned back faced imprisonment, saying the outcome was «inconsistent with the spirit and objective» of the Safe Third Country Agreement, resulting in a violation of rights.

Only since the border was closed to non-essential travel has a steady stream of roughly 1,000 people per month stopped. After 955 people crossed in March 2020, the combined figure for April, May and June is just 59 irregular border crossers.