How Canada’s Technology Industry Competes with Best in World 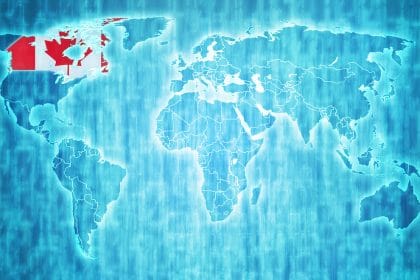 Toronto, Ottawa, Montreal and Vancouver are competing with the best in the world for tech industries, the report by the CBRE real estate and investment firm says.

Tackling Canada’s Technology Sector Shortage Using Global Talent Stream
Indian IT Professionals: Here Is How You Can Move to Canada in 2019
Computer Network Technicians Among Canada’s Most In-Demand Skilled Workers

The movement of technology talent and major tech firms around the world is among the foremost modern indicators of economic prosperity.

Canada has shaped its immigration system to make it easy for foreign technology workers to move here. It believes that streamlining the hiring procedure represents a big draw for tech start-ups and more established firms.

The comprehensive CBRE analysis also analysed trends in terms of which tech talent markets are growing the fastest.

Often employers and technology workers need to assess trends rather than where the current best markets area, given that growth rate can be more important than size.

In terms of momentum of technology talent labour pools, Ottawa comes out number one thanks to its technology industry employment growth over the last four years.

The CBRE study also attempted to measure brain gain or drain in the major cities of North America.

‘Brain drain’ occurs when the best talent is judge to be flowing out of a given city, attracted by the working conditions elsewhere.

Traditionally, the draw of Silicon Valley for technology workers has resulted in significant brain drain from Canadian cities.

However, the CBRE reports suggests this trend is reversing, with Toronto, Vancouver, Ottawa and Montreal in the top 20 cities for ‘brain gain’.

Toronto comes out first on the list, as the number one city in North America for attracting technology talent. 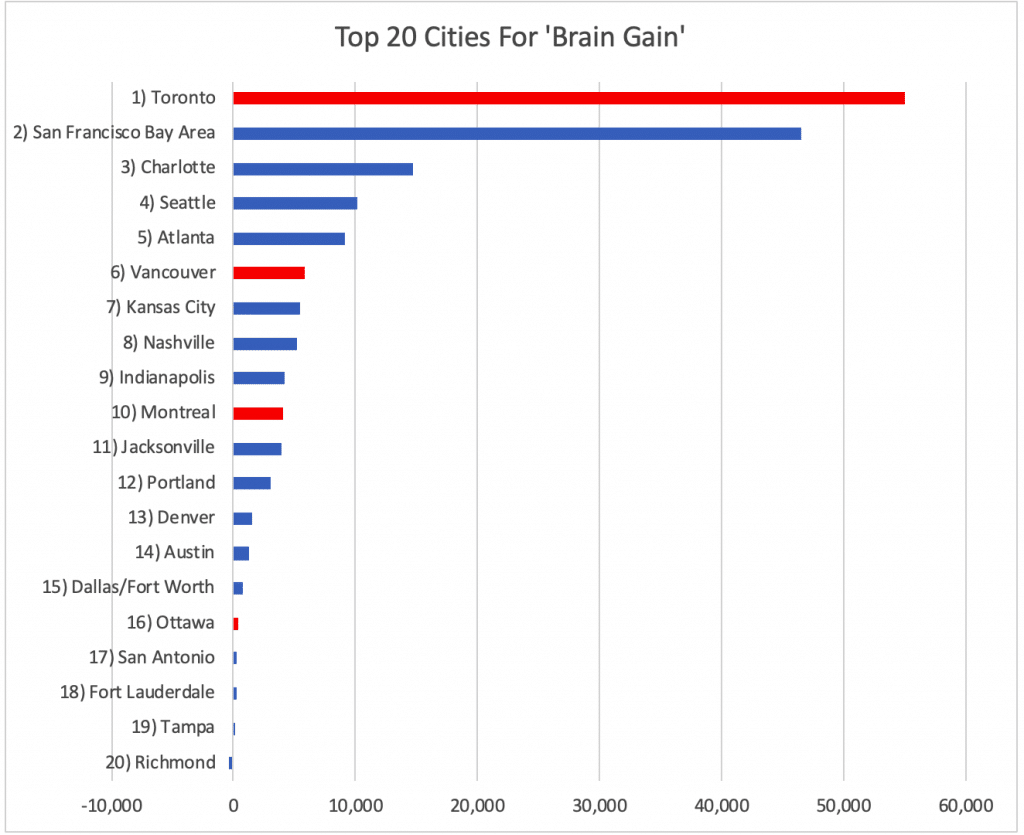 Toronto is Canada’s technology industry giant, scoring 65.38 in the CBRE study to come out fourth overall in North America.

With more than 240,000 employed in the tech industry and growth of more than 50 per cent in the last five years, Toronto is well on the way to becoming a world tech industry hub.

The Ontario giant has also seen significant increases in the umber of tech-related degrees being awarded and growth across the board in the technology occupation salaries.

Canadian capital Ottawa came out 13th on the CBRE list with a score of 53.49. As mention earlier, the Ontario city was the leader in terms of technology talent pool momentum.

Technology employment in Ottawa is less than a third of the figure in Toronto, although it should be noted that salaries are slightly higher.

Add this to the lower const of living in Ottawa, and it is easy to see why it is attractive to technology workers.

Montreal comes out just one place below Ottawa in 14th on the CBRE list, with an overall score of 52,79.

Technology employment of 127,300 makes the industry almost double the size of that in the Canadian, with employment growth across the board in technology occupations.

Wages for technology workers are also on the increase, although not as high as either Toronto or Ottawa, but comparable with Vancouver.

Again, technology-related degrees are on the rise, a key trend in all Canadian cities on the CBRE list.

Vancouver is the fourth Canadian city on the CBRE list, coming out 25th overall with a score of 48.56.

The British Columbia giant also has the smallest technology employment levels out of the Canadian players, with 68,500 employed in tech occupations.

The city has seen healthy growth in tech occupations of more than 30 per cent over the last five years, with wages comparable to Montreal, but lower than Toronto and Ottawa.