Is It Time To Revive Canada’s Federal Immigrant Investor Program? 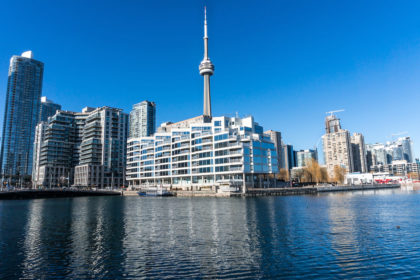 2019-11-20 – As the US hikes investment limits for the EB-5, Canada should consider reviving the suspended Canada Immigrant Investor Program.

As the US implements a massive 80 percent hike in minimum investments for the EB-5 program, it is an appropriate time to question the rationale behind Canada’s decision to completely ignore investment immigration.

The Canada Immigrant Investor Program was one of the most sought-after investment immigration programs in the world when it was terminated in June 2014.

Reasons for its termination included:

Investment immigration programs have long been criticized for these reasons. Yet, there are more than 65 countries offering some form of fast-track route to permanent residence or direct citizenship to wealthy investors.

The world in 2019 is a lot different as compared to 2014, and there are compelling reasons for Canada to seriously consider reviving its Immigrant Investor Program.

There are countries that struggle to attract investor attention despite offering a second passport for just $100,000. And there are countries like the US likely to remain the preferred destination for wealthy investors and ambitious professionals despite the investment hike.

The EB-5 is one of the few investment immigration programs to impose a job-creation requirement on investors. Despite the perception that investors prefer passive investments over all other options, demand for the US EB-5 has grown steadily over the years.

Contrary to doomsday predictions, the SIV program has not collapsed and continues to garner investor interest.

Canada is such a popular option that it can impose tough conditions and requirements and still attract investors.

The US H-1B program, which has been completely dominated by Indians, is a work permit program aimed at skilled and highly-qualified foreign professionals. Over the past few years, especially after President Donald Trump was elected, the program has been the target of negative administrative decisions and adverse legal rulings.

The uncertainty around the H-1B visa is considered an important factor contributing to surge in Canada permanent residence applications by Indian professionals.

EB-5 applications by Indian investors surged even as the H-1B chaos grew. Currently, India is the third country facing EB-5 retrogression after China and Vietnam.

Would not Canada gain by offering such highly-skilled and wealthy professionals an additional route to Canadian permanent residence? The revived program could be tailored to focus on active investments into businesses to create real value benefits for the Canadian economy.

With the American dream turning sour for immigrants, Canada stands to gain everything and lose nothing by reviving its investment immigration program. If demand remains low or the benefits don’t materialize, the program can always be shut down again.