May 15, 2017 – New figures show the number of Mexican asylum claims dropped in April for the first time since the Canada visa requirement was lifted.

Claims had steadily been increasing in 2017, to a peak of 110 in March, but April bucked the trend with 89 Mexicans claiming refuge.

The visa requirement was removed as of December 1, 2016, in a move taken by the federal government against the advice of staff. 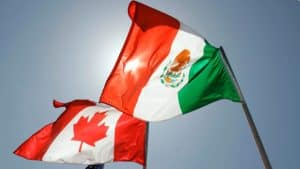 Coming from a visa-exempt country, Mexicans now only need an Electronic Travel Authorization (eTA) to come to Canada, obtainable online for a small fee.

Meanwhile, Canada recently lifted visa requirements for a swathe of travellers from Romania, Bulgaria and Brazil.

As of May 1, 2017, any traveller from the three countries who has held a Canada visa in the last 10 years, or currently holds a valid US visa, can fly here with an Electronic Travel Authorization (eTA).

“This initiative will make it easier for eligible travellers to come to Canada and to transit through a Canadian airport,” Immigration Minister Ahmed Hussen said at the time.

“It will also encourage them to make repeat visits. The end result will be more travel and tourism and more economic benefits for Canadians.”

Canada is set to totally lift the visa requirement for Romanians and Bulgarians as of December 1 2017. From this date all air travellers with still need the eTA.

There is no plan at this stage to also totally lift the Brazilian visa requirement.

The requirement came into effect as of March 15, 2016, with a leniency period expiring on November 6, 2016. Citizens of visa exempt countries are not allowed to board a plane without an eTA.

However, an eTA can be obtain at the last minute via a smartphone. All you need is an internet connection. The email authorization often only takes a few minutes to come through.