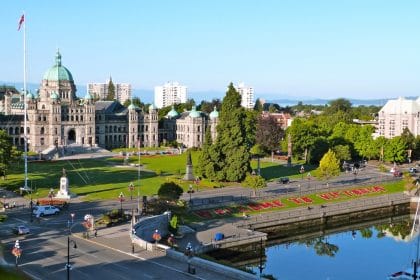 Canada immigration candidates ready to consider settling outside major cities could find their options increasing in 2019.

As the Atlantic Immigration Pilot grows in popularity, the possibility increases of similar programs being formed for rural areas in other provinces.

British Columbia’s Entrepreneur Stream Regional Pilot is due to open in early 2019, halving the net worth and investment requirements for candidates starting businesses in lower population areas.

Other provinces also have less onerous requirements for business candidates in rural areas. The Quebec Self-Employed Program requires a start-up deposit of just $25,000 for candidates located outside of Montreal.

Too often, candidates who arrive through direct provincial programs are not retained, instead moving to cities such as Toronto, Montreal and Vancouver once they have permanent resident status.

It sends a clear message to candidates who may be struggling to qualify through larger economic streams: that moving to Canada is still possible if you are happy to settle outside big cities.

The Atlantic Immigration Pilot was launched in 2017 to bring more immigrants to the provinces of Nova Scotia, Newfoundland & Labrador, New Brunswick and Prince Edward Island.

The program started slowly, but with just 60 new permanent residents coming in through the program in 2017, against a stated target of 2,000.

But as employers and candidates grow accustomed to the specific requirements of the program, numbers have increases exponentially.

Figures to October 2018 show 1,190 new permanent residents have come in through the Atlantic Immigration Pilot.

With monthly figures increasing as 2018 went on, it is possible they may exceed 1,500 when November and December numbers are added.

The Atlantic Immigration Pilot includes specific requirements to ensure candidates are retained in the provinces they initially move to.

Battling similar labour shortages and aging populations, cities in Northern Ontario have called for their own version of the Atlantic Immigration Pilot, to help bring in new immigrants to boost their flagging economies.

The federal government has not confirmed any plans for pilot programs elsewhere in Canada, but it would be no surprise to see new developments during 2019 targeting rural areas.

Canada has historically battled with how to get immigrants to spread out, and as the need increases in rural areas, the calls for increased immigration are likely to get louder.

If the success of the Atlantic Immigration Pilot continues, officials have a ready-made blueprint for how to bring in more immigrants specific to the needs of local businesses and economies.