Newfoundland Immigrants Find Work But Struggle to Get Qualifications Recognized 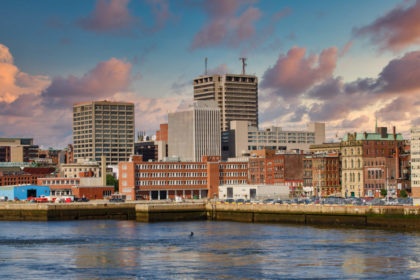 A new report says immigrants to Newfoundland and Labrador often struggle to get their foreign qualifications recognized when they arrive to the Rock.

“In relation to seeking employment and employment fit, there were some challenges in, for example, getting the services needed to pursue a career and having accurate information regarding the need for recognition of foreign qualifications, especially by those with graduate-level education,” notes the report by the management consulting firm of Goss Gilroy.

Prepared for that Atlantic Canadian province’s Office of Immigration and Multiculturalism, the Report on the Settlement Outcomes Survey paints a picture of immigrants generally doing very well in their adopted homeland.

“Respondents are comfortable communicating in English and/or French, they have a good understanding of Canadian rights and laws, and they feel that their communities are safe and welcoming. The large majority felt it was easy to access supports and services associated with settling in Canada, and overall, respondents are satisfied with their experience and their life in Canada.”

The vast majority of immigrants to Newfoundland and Labrador, 85 per cent, reported having good friends in the community, and 82 per cent rated their communities in the province as welcoming.

Although still new to the country, 72 per cent of immigrants in that province who responded to the survey reported feeling they can trust the people in their communities, 77 per cent felt free to express their culture and traditions in Canada, and 78 per cent said they have friends who have different cultures than their own.

These new arrivals also overwhelmingly indicated they that they both know-how and can easily access the services they need to settle in Canada. An impressive 84 per cent said they know the steps to apply for a job in Canada and 73 per cent indicated it is easy for them to seek out job opportunities.

But the picture painted by the Goss Gilroy survey is not all sunshine and roses.

When it came to how they were treated on the job market, many new arrivals to Newfoundland and Labrador were less than enthusiastic. Only 54 per cent of respondents in the survey agreed most Canadian employers recognize their previous work experience, a mere 66 per cent said employers recognize their qualifications, and less than two-thirds, 59 percent agreed they are treated fairly when applying for jobs.

That dissatisfaction was particularly prevalent among the most highly-educated immigrants with only 57 per cent of them with masters and doctoral degrees stating employers recognized their qualifications compared to 84 per cent of those who had only a high school education or less who said the same thing. The most educated were also the group the least likely to agree they were treated fairly when applying for jobs or to think employers adequately recognize their foreign work experience.

Childcare, transportation, and the basics of enrolling children in school were also areas identified as requiring further attention by the survey. Of those respondents who had children, only 62.5 per cent felt the childcare available to them met their needs, 75 per cent knew how to enrol their children in school, and roughly one in eight indicated transportation was a problem for their families.