June 11, 2019 – The number of recent immigrants finding work quickly in Canada reached a new high in 2018, thanks to Canada’s Express Entry system and strong job creation.

With Canada welcoming economic immigrants with in-demand skills and experience, and unemployment at its lowest in more than 40 years, newcomers are finding it easier to get jobs.

An internal federal government memo, obtained by the Canadian Press, reports a 71 per cent employment rate for immigrants in the 25 to 54 age-bracket arriving in the last five years.

This is the highest percentage since the employment rate of new immigrants began being recorded in 2006.

Participation and unemployment among recent immigrants was better in 2018 than before the 2008 global economic crash.

Immigrants aged 25 to 54 coming to Canada are also better educated, with 80 per cent possessing post-secondary credentials in 2018, compared to 75 per cent in 2008.

This compares to 71 per cent of Canada’s general population in the same age bracket having a post-secondary education.

The figures come as Canada moves to increase the number of immigrants it welcomes each year to well beyond 300,000. 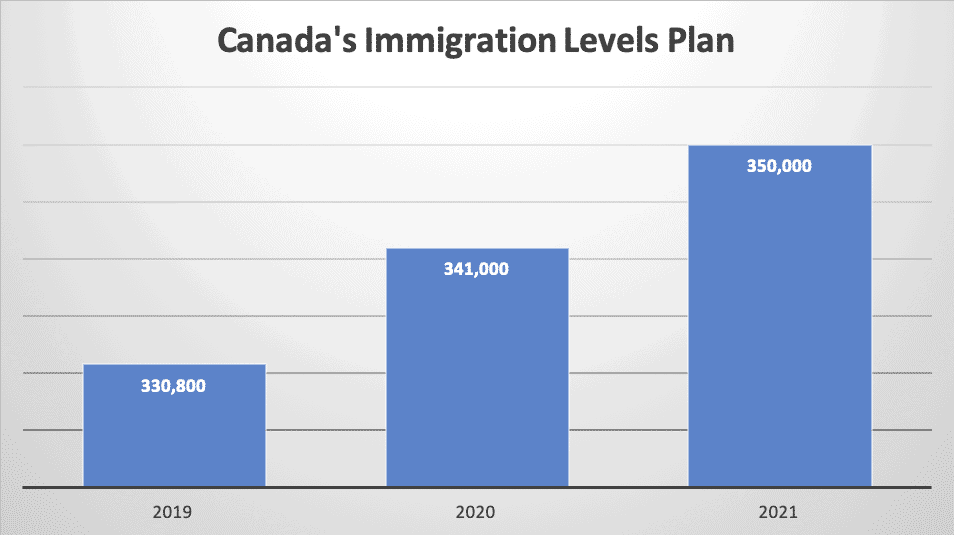 With Express Entry geared towards inviting candidates with the best credentials first, the impact the system is having since it was launched in 2015 is becoming clear.

The memo also offered statistics on second-generation Canadians, with 95 per cent of 25 to 44-year-olds having completed high school, compared to 89 per cent of those with two Canadian-born parents.

Remarkably, 41 per cent of second-generation Canadians had university degrees, compared to 24 per cent of those with Canadian-born parents.

Data from 2017 shows second-generation Canadians have an average income of $55,500, nearly $4,000 higher than those with Canadian-born parents.

The statistics come at a time when Canada is welcoming an increasing number of immigrants each year.

These numbers are set to rise further in the coming years, with the federal government planning to bringing in more than one million immigrants between now and 2021.