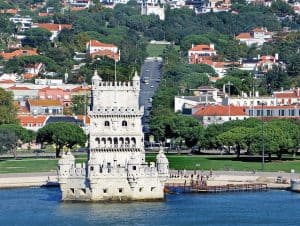 Mainly-Chinese investors have pumped €1.4 billion into the market since the program was implemented in 2012.

After a recent revamp, the investment has continued to flow in, boosting an economy struck down by the global financial crisis.

Jobs
Creation of at least 10 new positions in Portugal

Real Estate
Purchase of unencumbered real estate in Portugal of a minimum value of €350,000. Co-ownership or purchase of property through finance is permissible provided each individual makes a mandatory minimum investment of €350,000.

Scientific Research and Development
Investment of at least €350,000 in R&D activities of institutions that are part of the national technological system.

Promotion of Culture
Investment of at least €250,000 towards financing of bodies pursuing cultural or artistic activities or towards renovation or maintenance of cultural heritage.

Small-Cap and Mid-Cap Finance
Investment of at least €500,000 towards purchase of units of small-cap or mid-cap venture capital funds.

Investment in Low Population Areas
20 per cent reduction in minimum investments in the above-mentioned categories when investment is made in a low population-density area.

Candidates overwhelmingly prefer the real estate investment stream of the program, which accounts for 3,669 out of the 3,888 visas awarded. There have been 213 visa offered in return for capital transfers and six for creating at least 10 jobs.

These latest figures go against fears candidates for investment immigration programs could start turning their attention away from European countries like Portugal and towards the Caribbean, because of the UK’s impending exit from the European Union.

‘Brexit’ could mean the investment immigration programs run by the likes of Cyprus, Malta and Portugal may no longer be able to offer visa-free travel to the UK, one of their key benefits.

Portugal’s golden visa has been highlighted as one of the chief drivers behind Lisbon’s emergence from economic difficulties.

Global real estate agency Savills says the property market in the capital is thriving thanks to the success of the investor program.

The Savills report uses data up until 2015, pointing out that €1.56 billion of investment could be traced back to the 2,697 golden visas awarded under the program. Chinese investors account for 83 per cent of real estate acquisitions.