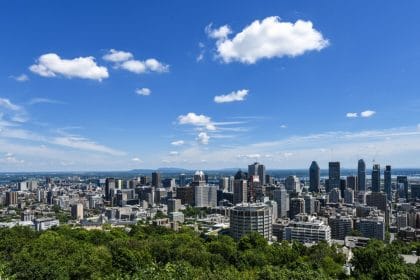 The Quebec government’s decision to delay the opening of the Quebec Immigrant Investor Program until at least April 2021, signals a significant change in direction for the province, and for Canada’s business immigration landscape. As Canada’s only passive investment immigration program, the Quebec Investor allows candidates with a net worth in excess of $2 million to invest $1.2 million over five years in exchange for permanent residence. Their investment is then returned, with the Quebec government keeping the interest. Since 2001, the QIIP has drawn investment into Quebec of approaching $1 billion, allocated to more than 5,000 businesses in the province, making it clear why the provincial government has stuck with the controversial immigration pathway. Even after the federal version of the program was cancelled in 2014, the Quebec Investor remained, gaining in popularity as the only passive investment route to Canada.

But the chief problem with the program remains – that as little as 10 percent of the candidates who qualify for permanent residence settle in Quebec. This draws the ire of other provinces, including British Columbia and Ontario, who say QIIP candidates are responsible for fuelling housing bubbles in the Vancouver and Toronto real estate markets. In delaying the opening of the QIIP by a year, the governing Coalition Avenir Quebec (CAQ) has signalled that it intends to tackle this major flaw, which in turn would have a dramatic impact on the popularity of the program. Figures show 5,500 QIIP applications remain in the processing backlog, effectively three years of applications, which are usually capped at 1,900 per year.

Enter Through The QIIP, Live Elsewhere In Canada

The statistics on the number of QIIP candidates settling in Quebec make the problem clear. Ottawa has regularly said it does not have the power to tackle the issue, due to powers given to the French-speaking province as part of the 1991 Canada-Quebec Accord. In 2017, 342 out of more than 5,000 arrivals had a primary residence in Quebec. In 2018, 518 out of more than 6,000 live in the province, while 2019 data up to October showed 528 out of just over 4,100 people lived there. Over the three years, that means less than 10 percent of QIIP candidates live in Quebec. Between 2008 and 2017, the retention rate is put at a slightly better average of 16 percent, although for Chinese candidates, who make up the vast majority, that figure is 13 percent. Although candidates are required to declare their intention to settle in Quebec, authorities have little power to keep them in the province once they have permanent residence status. Free movement within Canada for permanent residents is protected under Section 6 of the Canadian Charter of Rights and Freedoms. In delaying the program, announced via the Official Quebec Gazette on Wednesday, May 20, 2020, a spokesperson for Quebec’s Ministry of Immigration, Francization and Integration (MIFI) listed its the low retention rate and program integrity as major problems. Originally, the QIIP was scheduled to reopen on July 1, 2020, after it was paused on November 1, 2019. The previous application window, which closed in fall 2019, saw 1,900 files received, including a maximum of 1,235 from China, Hong Kong, Macau and up to 665 from elsewhere. Applicants with advanced intermediate abilities in French language are not subject to quota limitations.

Quebec officials said the delaying of the program had nothing to do with the ongoing coronavirus crisis. However, critics of the decision say the QIIP could play an important role in the province’s economic recovery, by attracting crucial investment dollars. Those criticizing the decision accepted the low retention rates could not continue, but called on the Quebec government to reform and reopen the program earlier than April 2021.

If major changes are made to the QIIP that will reduce its scope, as is likely, Canada must look to other programs to serve its future business immigration needs. One such example is the increasingly popular Start-Up Visa Program (SUV). While fewer candidates come to Canada through the SUV, those that do are highly qualified individuals who bring with them significant human capital, including age, education and language ability. SUV candidates compare even more favourably to those admitted through Canada’s previous Entrepreneur Program on human capital and in terms of business success. Initially launched as a pilot program in 2013, the SUV was made permanent in 2018 and has gone from strength to strength. Currently the only direct to permanent residence business immigration program, the SUV aims to recruit innovative entrepreneurs to Canada and link them with private sector investors (angel investor groups, venture capital funds or business incubators) to help establish and scale their business. Qualified candidates have the option of initially coming to Canada on a work permit, before transitioning to permanent residence. In 2019, the total number of new permanent residents admitted through the SUV reached 510, more than double the 250 welcomed in 2018. The figures have been steadily increasing over the last five years.

Initially launched as a pilot program, the SUV was made permanent in 2018 and has gone from strength to strength. The program aims to recruit innovative entrepreneurs to Canada and link them with private sector investors (angel investor groups, venture capital funds or business incubators) to help establish their business. Candidates have the option of initially coming to Canada on a work permit, before transitioning to permanent residence. In 2019, the total number of new permanent residents admitted through the SUV reached 510, more than double the 250 welcomed in 2018. The figures have been steadily increasing over the last five years. 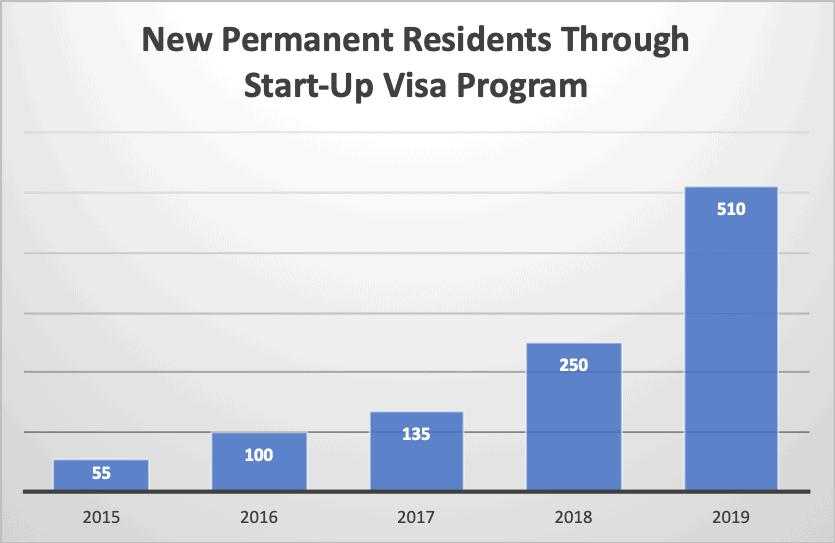 Stakeholders report an important advantage of the program is timely processing, both of the initial work permit and the permanent residence application. If an entrepreneur has a viable start-up business project, it will take about 4-6 months to secure a commitment certificate or letter of support from a designated entity. Once a letter of support is received, the application for permanent residence can be submitted. It will take approximately 18-months to finalize the application to permanent resident visa issuance. Surveys suggest SUV candidates go on to succeed in Canada, in terms of growing their business, attracting further investment, networking or selling their business for a profit. From the point of view of Immigration, Refugees and Citizenship Canada (IRCC), the program is much cheaper to administer than the previous Entrepreneur Program. Through the SUV, featuring peer review to ensure quality control of the approval process, the private sector investor selects candidates based on the viability of their business idea. Under the previous program, this was done by IRCC visa officers. Already viewed as an industry leader, Canada was one of the first to introduce a Start-Up Visa, a move that has been replicated by many other countries. As a result, Canada is now viewed as a destination of choice for immigrant entrepreneurs despite growing competition. The number of candidates at present may be relatively low in the overall scope of annual admissions to Canada, although it is quickly increasing.  Those that have come through the program are of high value to Canada’s economy and have enjoyed success in the business environment. As the number of candidates grows, the SUV is set to become an increasingly important program in the landscape of Canada immigration policy