Many Romanians Will Not Need Canada Visa From May 1

April 6, 2017 – Certain Romanians will be able to travel to Canada without a Canada visa from May 1, 2017, an official has announced.

Romanians who held a Canada visa in the last 10 years, or currently hold a US visa, will not require a visa, Canada’s ambassador to Romania said.

Ambassador Kevin Hamilton said the visa restriction will be lifted for all Romanian citizens from December 1, 2017.

Romanians will require the Canadian Electronic Travel Authorization (Canada eTA) to board a plane to Canada. 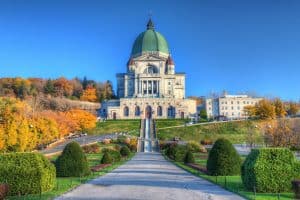 Canada agreed to lift the visa requirement for both Romanians and Bulgarians after the two countries threatened not to sign a crucial trade deal.

Hamilton tried to separate the lifting of the visa requirement from the CETA negotiations.

“I want to dissociate the EU-Canada free trade agreement from the visa aspect,”Hamilton said.

“There are complementary aspects, but not identical. I have negotiated with Romania’s government for eliminating the visa for Romanian tourist and this is a separate matter.

“Canadian officials have assessed Romania, they have seen the progresses in the areas such as passports, migration regulation and this is why we trustfully accepted an agreement following which Romanian citizens can very soon travel to Canada without any visa.”

The visa requirement was originally imposed in 2008 because of the number of asylum claims being received.