Prime Minister Justin Trudeau’s Liberal government got the vote of confidence it needed from Canadians Monday to form another minority government, paving the way for an even greater push for more immigration to the country. The ruling Liberal Party of Canada pledged many improvements to the immigration system on the campaign trail. As it became
canada citizenshipCanada immigrationExpress EntryGlobal Talent StreamJustin TrudeauLiberalsMarco Mendicinopermanent residencyTemporary Foreign Worker Program

Canada Federal Election: What Would a Conservative Victory Mean for Immigration? 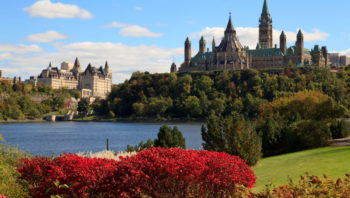 Canada’s federal government has reaffirmed its commitment to immigration as ‘a driver of economic growth’ during the recovery from the coronavirus crisis. In the Speech from the Throne to open a new session of parliament on September 23, Governor General Julie Payette said immigration helps ‘keep Canada competitive on the world stage’. The speech was
Canada immigrationcoronavirusCOVID-19Julie PayetteJustin TrudeauLiberalsMarco MendicinopandemicSpeech from the Thronethrone speech