May 19, 2017 – As Canada looks to lure skilled workers away from the U.S., Prime Minister Justin Trudeau was in Washington this week touting the burgeoning technology industry north of the border.

Canada’s leader became the first head of state to address the Microsoft CEO Summit, with America’s own president lurching from crisis to crisis at the nearby White House.

“The prime minister’s participation in the summit is an important opportunity to encourage innovation, promote investment in the technology sector, and draw global talent to Canada,” said press secretary Andree-Lyne Halle in a statement ahead of the visit. “The PM will showcase Canada’s skilled, hard-working, creative, and diverse workforce.” 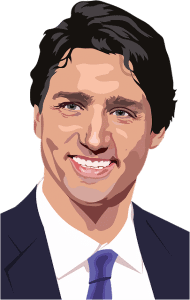 Exactly what Trudeau said is under-wraps, with the annual summit, featuring 140 high-level executives, strictly not open to the public.

But with Trump seemingly intent on doing everything possible to close U.S. borders, it is not difficult to imagine what line conversations took.

Canada has no official policy of drawing talent away from Silicon Valley, but Trudeau and Trump are pillars apart when it comes to most policy, and immigration is no different.

For each time Trump has tried to limit U.S. immigration, Trudeau can point to ways he has expanded and modernized the Canada system.

First, Trudeau’s Liberals swept to power on a wave of pro-immigration proposals, with opening Canada’s borders to thousands of Syrian refugees central to the campaign.

There followed a comprehensive review of Canada’s immigration policies, left in a mess of huge application backlogs and haphazard program changes by the previous Conservative government.

After a year in office, the federal government announced sustained record immigration numbers of 300,000 for 2017, with some canning manoeuvring meaning the figure was reported as underwhelming by the major news outlets.

This includes immigrants selected under a number of programs including federal skilled workers, skilled trades and the Canadian experience class (applying under the express entry system), federal business programs, provincial nominees and Quebec.

Then came the program tweaks. First, Canada’s Express Entry System was changed to reduce the number of points awarded for a qualified job offer and place more importance on long term core skills. There were also points for Canadian education, designed to draw international students to these shores.

Technology companies are desperate for the start of the Global Talent Stream, a new section of the Temporary Foreign Worker Program that will see skilled worker work permits processed in two weeks.

More changes are also due to Express Entry, with extra points for French speakers and having a sibling in Canada.

None of these changes have been in response to Trump; in fact, all of them were either done or at least planned before America voted the Republican into office.

Instead, the federal government is acting on a core belief, backed up by extensive evidence, that immigration helps grow the Canadian economy.

Technology industry leaders are clearly responding positively to this, which is why Trudeau was speaking to the major players at the Microsoft summit this week, while Trump was sacking his FBI chief and defending himself against allegations he leaked state secrets to Russia.