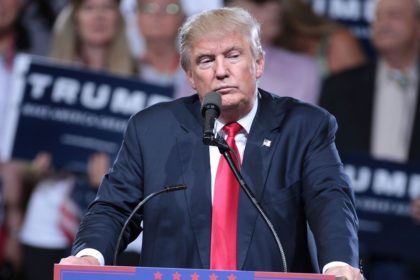 U.S. President Donald Trump’s move to use the coronavirus crisis to continue to limit immigration and work visas means uncertainty for thousands of candidates, including Canadians working south of the border.

Trump’s administration on Monday extended its ban on green cards issued outside the U.S. for the remainder of 2020, also freezing the issuance of H-1B, H-2B, J-1 and L-1 visas in the process.

With COVID-19 restrictions causing a historic spike in U.S. unemployment, Trump’s team says the move will free up more than half a million jobs for Americans.

«In the administration of our nation’s immigration system, we must remain mindful of the impact of foreign workers on the United States labour market, particularly in the current extraordinary environment of high domestic unemployment and depressed demand for labour,» Trump wrote.

The move is a continuation of Trump’s pre-pandemic attempts to limit immigration to the US as much as possible. Although these changes are temporary, the administration is known to be targeting long-term limits on asylum seekers and technology workers.

Food processing workers are exempt from the ban, as are health care workers, although the latest move narrows the numbers of workers who qualify for the exemption.

As with many changes related to visas and immigration, it remains to be seen how the bans will work in practice.

The widely-expected 30-day extension was announced by Trudeau in his daily coronavirus press briefing.

The move represents a third month-long extension to the border closure, initially announced in March.

Rules allow for the continuation of essential travel, including trucks that are essential to the maintenance of supply chains.

Canada recently announced an exemption to the border closure to allow immediate family members of citizens and permanent residents to enter.