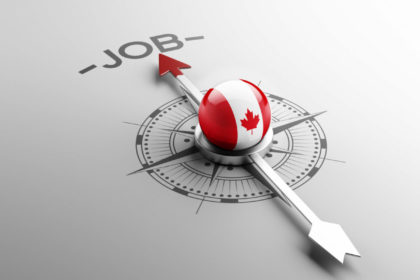 Immigrants who work in Canada before making a permanent move earn more money and are more likely to remain employed, according to two new studies.

In Two-step Immigration Selection: Skilled Work Experience vs. Pre-arranged Jobs, the fifth of Ottawa’s Economic Insight Series of studies, the authors note having a pre-arranged job and previous Canadian work experience at a good-paying job before coming to Canada is a surer bet for immigrants.

“With otherwise similar characteristics, immigrants with a pre-arranged job earned 15 per cent more than those without a pre-arranged job in the first two years after immigration, while immigrants with high pre-landing Canadian earnings earned almost twice as those without pre‑landing Canadian earnings,” wrote the study’s authors.

During the past two decades, there has been a growing trend in Canada to select economic immigrants from among temporary foreign workers. That’s resulted in the share of immigrants coming to Canada with previous Canadian earnings jumping from 12 to 59 per cent in the 18 years ending in 2018.

Those immigrants who had previous experience as skilled workers before getting their permanent residency were also shown in this study to tend to have higher initial earnings than immigrants admitted directly from abroad.

But this study also shows this was only true for immigrants who had previously managed to snag higher-paying Canadian jobs, earning more than $50,000 in 2017 dollars.

Those with medium and low-paying Canadian jobs did not do any better than immigrants who had never worked in Canada before applying for permanent residency.

Researchers for that study looked at how economic immigrants selected under Canada’s Express Entry system in 2015 and 2016 fared. Both Canadian work experience and pre-arranged employment are key criteria in the selection of candidates under that program.

Their results are in line with those of another study in the Economic Insight Series, Two-step Immigration Selection: Why Did Immigrant Labour Market Outcomes Vary by Admission Programs?

It looked at how economic immigrants to Canada fared under three programs: the Federal Skilled Worker Program (FSWP), the Provincial Nominee Program (PNP) and the Canadian Experience Class (CEC).

In the seven years from 2009 to 2016, about two-thirds of immigrants selected from the PNP and almost all immigrants selected from the CEC were former temporary foreign workers and so had worked in Canada before getting their permanent residency. But only about 25 per cent of those who came to Canada as permanent residents through the FSWP were former temporary foreign workers.

That made a big difference in the newcomers’ ability to land a job and hang onto it once they arrived in Canada.

Previous Canadian work experience also accounts for at least 94 per cent of the earnings differences observed between those who arrived under the PNP and CEC programs compared to immigrants selected from the FSWP during the first year after immigration.

Jointly administered by Ottawa and the provinces, the PNP programs were created in 1998 to make the immigration system more responsive to regional and sectorial skill shortages. The CEC was created in 2008. Until then, the primary stream for economic immigration to Canada was the FSWP.