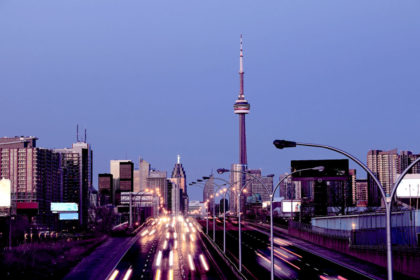 Canada’s Express Entry system had an unprecedented first quarter of 2021, as Ottawa looked to put itself on track to welcome its target of 401,000 new immigrants this year.

Between January and March, Immigration, Refugees and Citizenship Canada (IRCC) issued 44,124 Invitations to Apply, making it easily the most prolific quarter since the system was launched in 2015.

On February 13, 2021 – a date that will go down in Express Entry history – IRCC issued 27,332 ITAs in a single draw, recording a minimum Comprehensive Ranking System (CRS) score of 75.

Stakeholders initially thought IRCC had made a mistake, but soon the realisation dawned that this was how Canada planned to reached its mammoth immigration target for 2021.

It is estimated that 90 per cent of the Canadian Experience Class (CEC) candidates invited on February 13 were already in Canada with temporary status, meaning they were not subject to international travel restrictions in place due to COVID-19. Currently, only permanent residents approved before March 18, 2020 can travel to Canada.

Most of the records broken in the first quarter had stood since 2017 when IRCC went about creating an inventory of candidates holding ITAs.

It was the first year of Canada accepting federal high skilled applications solely through the Express Entry system – previously it had been clearing a backlog under the old, first-come, first-served system. Therefore, officials knew they needed to ramp up the number of applications if they were to meet immigration targets.

Fast forward to 2021, and a federal government with a stated goal of welcoming more than 400,000 new immigrants in each of the next three years. The important question was: how would they do this with the borders closed due to COVID-19?

An indication of the answer was already there – IRCC has switch to program-specific draws between March and August 2020, when the first wave of coronavirus hit. But 2020 also saw Canada welcome only 184,370 new immigrants, down from 341,175 in 2019.

How could they seriously expect to welcome 400,000 new permanent residents in 2021?

Then came two important events: first the record-breaking Express Entry draw of February 13, and then the revelation that Canada welcomed 24,665 new immigrants in January 2021, the most since the start of the pandemic, putting it on track to hit the ambitious target.

Why Did Canada Smash Express Entry Records With 27,000 Invitations?

The one thing not seen in the first quarter of 2021 was an all-program draw. Canada had switched back to general draws between August and December 2020, perhaps in anticipation of travel restrictions being lifted sometime in early 2021.

But with the coronavirus crisis entering a second and third wave, it became clear the borders would not be opening anytime soon.

It meant the switch back to draws targeting CEC and Provincial Nominee Program candidates at the start of 2021 was not entirely unexpected. What was unexpected was a single draw that invited every CEC candidate in the Express Entry pool in one big swoop, sending shockwaves through the whole system.

Prior to COVID-19, Canada had conducted a handful of program-specific draws in the history of Express Entry, all of which had either targeted PNP or Federal Skilled Trades candidates.

PNP draws targeted those with higher CRS scores – given these candidates get an extra 600 points for their provincial nomination. FST draws featured lower CRS scores – as low as 199 – given skilled trades candidates score lower on the Express Entry points grid.

After four months of no CEC draws, they resumed in January 2021, with CRS scores of 461 and 454 in the first two draws of the year. Then came the record-breaking draw in February, and a CRS of 75.

The six PNP draws that took place in the first quarter followed no real pattern, given the number of provincial nominations issued to candidates is more difficult to predict.

Quite where Express Entry will go in the rest of 2021 has stakeholders guessing throughout the immigration industry.

One thing is for certain: now is the right time to have a profile in the pool, given the unpredictable nature of the first quarter.

Did candidates sat in the pool with CRS scores of 75 expect to receive ITAs in Q1? No. But February’s draw was a surprise to everyone in the industry.

Will such a draw happen again in 2021? The answer is likely to be yes, if Canada wants to meet its target of 401,000 newcomers.

It is also possible another large draw will happen soon, given IRCC needs time to receive and process applications for candidates to count against the 2021 target.

Candidates – particularly those already in Canada – will have been rushing to get their profiles into the Express Entry pool following the February 13 draw. Now they are waiting to see if history will repeat itself and another slew of ITAs are issued this year.