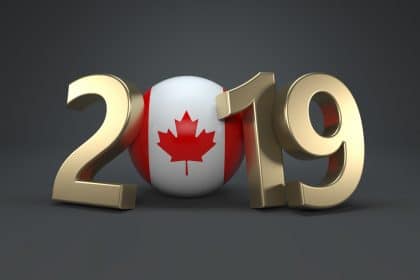 March 29, 2019 – Canada is firmly on track to issue a record number of Express Entry Invitations to Apply in 2019, after a strong start to the year for the immigration system.

The six draws conducted so far this year have seen an average of 3,533 candidates per draw issued ITAs, with individual draw sizes ranging from 3,350 to 3,900.

In those draws, minimum Comprehensive Ranking System (CRS) scores have ranged between 438 and 457, giving a clear indication of where scores need to be to achieve a coveted ITA.

Immigration, Refugees and Citizenship Canada (IRCC) is pushing its way towards a high-skilled immigration intake target of 81,400 for 2019.

The first quarter has created a platform for what will likely be a record number of ITAs issued in 2019, possibly eclipsing the 89,800 issued in 2018. 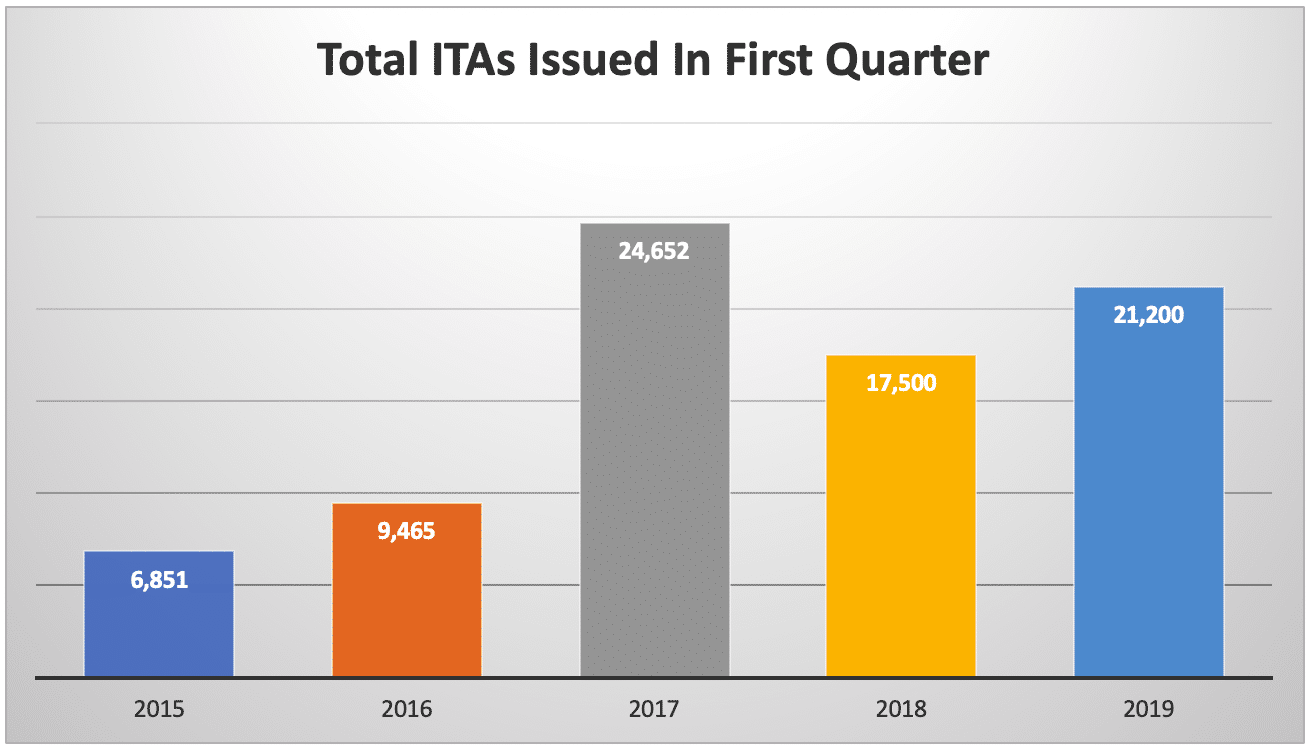 The first quarter of 2017 keeps the record for seeing the most ITAs issuing in the first three months of any Express Entry year.

Despite high skilled immigration targets being lower two years ago, the stated aim of IRCC’s larger draw sizes in 2017 was to create a bank of profiles in the Express Entry pool.

In the first two years of Express Entry (2015 and 2016), officials were still working to clear the backlog from the old first-come, first served immigration system.

Once this backlog was clear, draw sizes at the start of 2017 increased to some of the largest on record, only to drop towards the end of the 12-month period.

While the first quarter of 2019 saw a lower total number of invitations than the same period of 2017, it also saw one less draw. 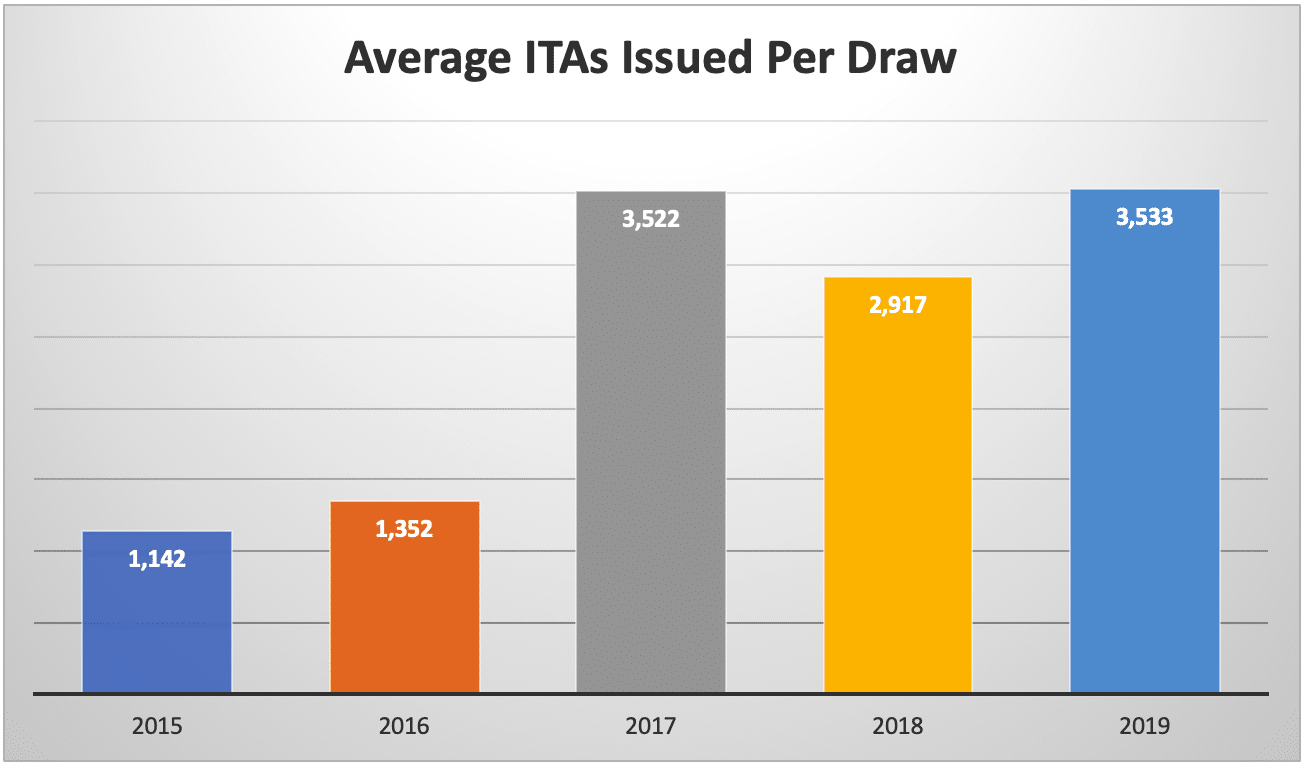 The likelihood is that the 17,500 ITAs issued in the first quarter of 2018 has established a reference point from which future totals will grow as high skilled immigration targets grow.

ITAs issued in the first quarter are more likely to result in arrivals within the same calendar year. The later in the year an ITA is issued, the more likely the recipient will arrive in the following calendar year, should their immigration application be successful. 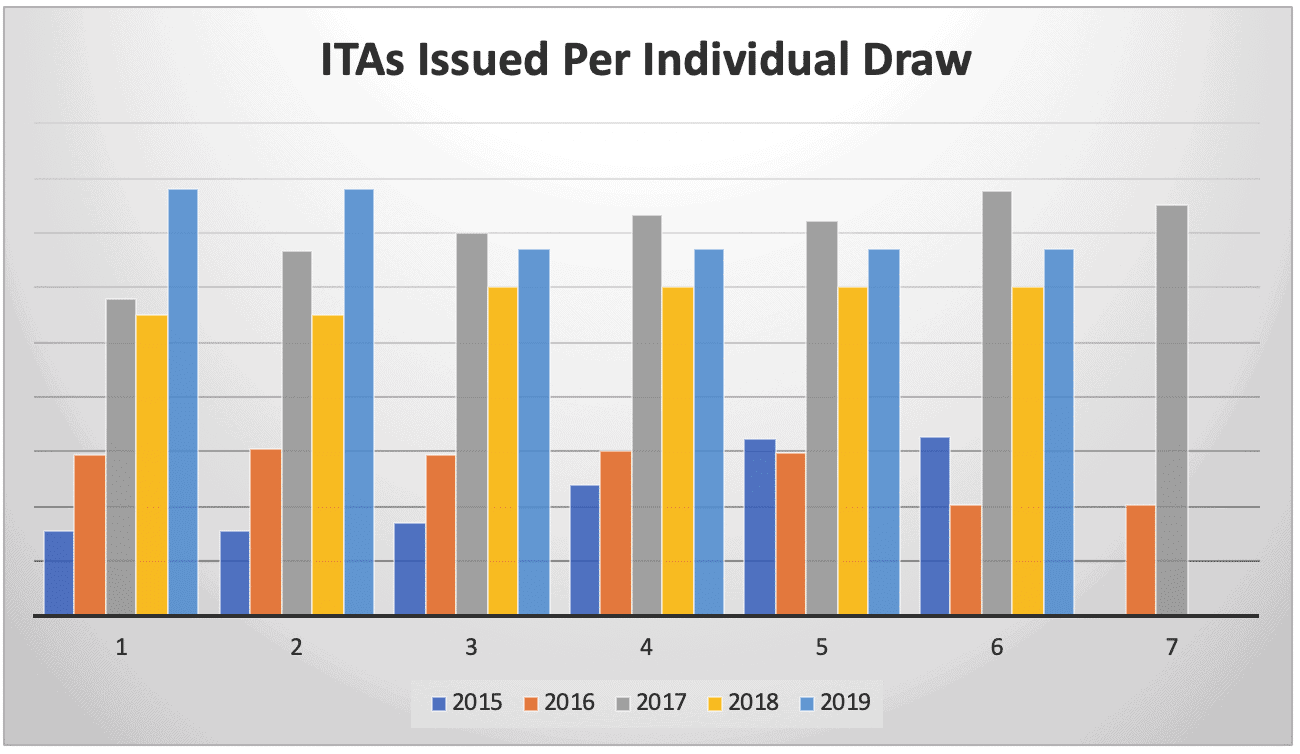 When it comes to minimum CRS scores, the first quarter of 2019 can be split in two. The first three draws of the year saw CRS scores below 450, dipping to 438 in draw No 3.

The final three draws of the year saw scores above 450, with draw No 4 featuring the highest minimum score of the quarter at 457. 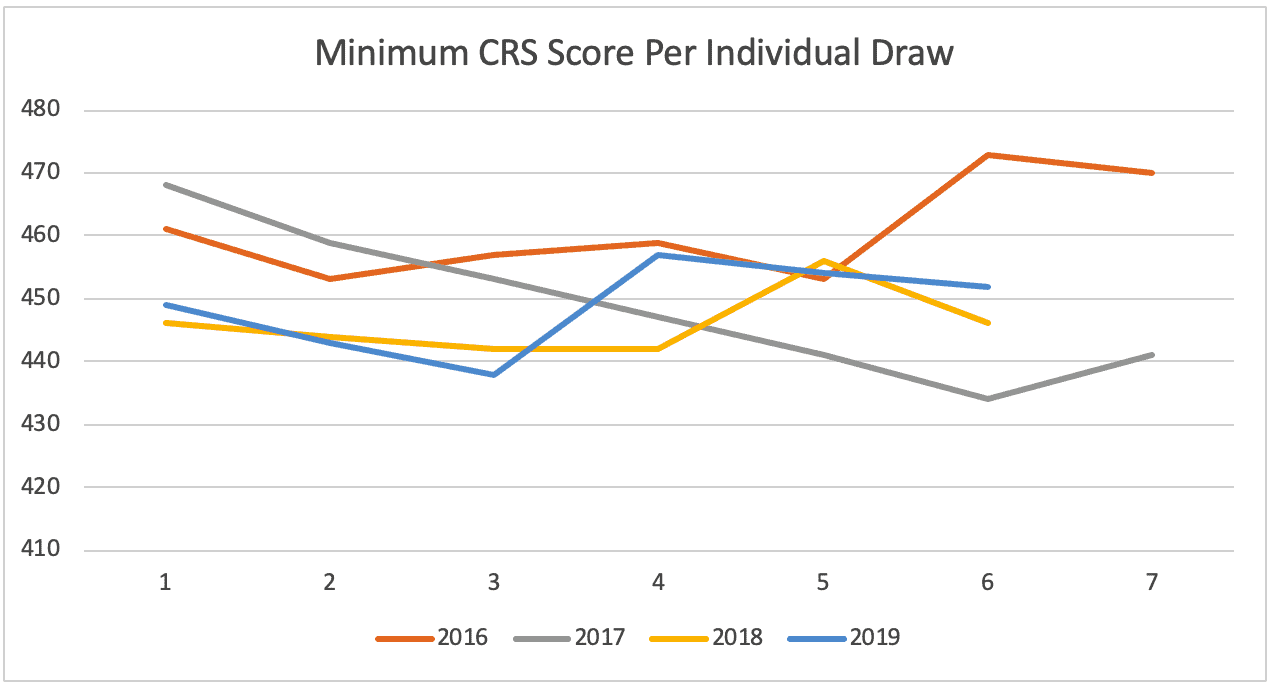 There are several explanations for this:

IRCC chose to conduct draw No 3 on January 30, just a week after draw No 2, abandoning the consistency of draws taking place every two weeks.

With less time to accumulate new profiles, the minimum CRS score dropped to 438.

IRCC then left three weeks between draw No 3 and draw No 4, with the minimum CRS score climbing from 438 to 457 given the greater time for profiles to accumulate.

IRCC began the year by issuing 3,900 ITAs in the first two draws, with the final four draws seeing 3,350 ITAs issued.

Lower draw sizes will likely mean less downwards pressure on the minimum CRS score, as was seen with minimum scores of 457, 454 and 452 in the latter part of the quarter.

Just as IRCC officials are hitting their stride with ITAs numbers, so are candidates working out how best to maximize their CRS scores.

Candidates now have more than four years of data to show the sort of scores they will need to qualify for an ITAS. It means the quality of profiles, and therefore the CRS scores, are likely to improve.

Canada has made no secret of its intention to welcome more than a million new permanent residents between now and 2021.

As such, candidates are becoming more knowledgeable about how the system works, and how to be more strategic with their applications. 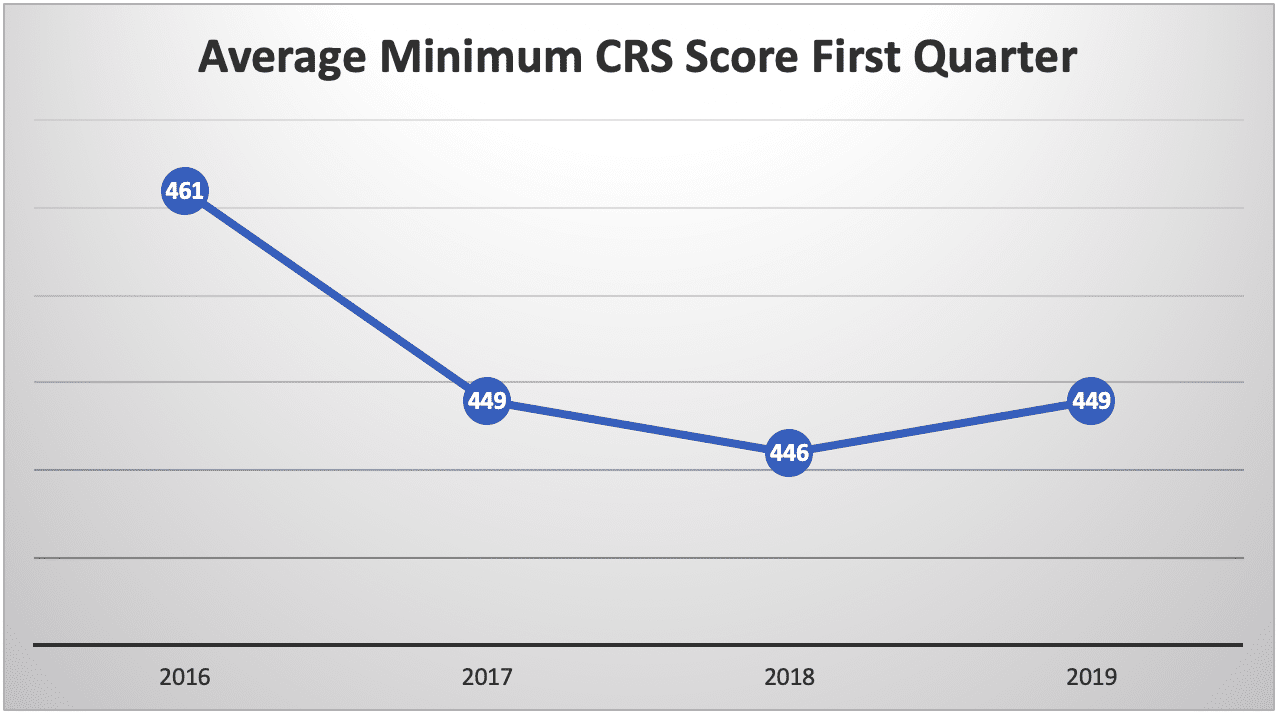 Although 2017 remains the most prolific first quarter on record, it should be remembered that ITAs dropped off significantly towards the end of that year, for reasons explained above.

Consistent draw sizes are expected to continue in 2019, especially given the tie-breaking rule that allows exact numbers of candidates to be issued invitations.

Minimum CRS scores are expected to stay below 460, although it remains to be seen if IRCC officials choose to further vary the time between draws.

Canada also has a federal election coming some time in 2019, with the potential election of a new government likely to have an impact on immigration policy.