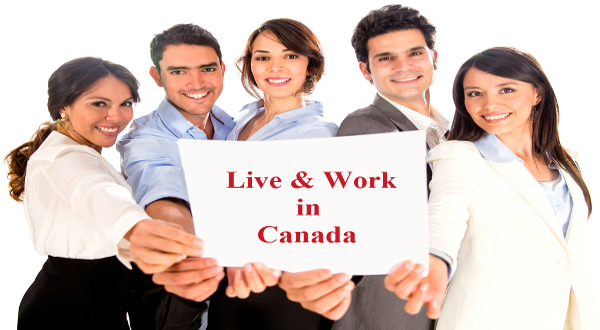 Through the end of September 2015, CIC conducted 17 draws, issuing 21,967 invitations to apply for permanent residence.  Read whether express entry is a success or failure.

How does express entry operate?

Colin Singer: Under Express Entry, qualified applicants across many occupations are invited to submit their profile to an Express Entry Pool and to the Canada Job Bank.

Employers across Canada are encouraged to review the Canada Job Bank and provide a job offer to the candidate of their choice.

Applicants with an approved job offer or those selected by a province or with “Provincial Nomination” are considered a “match” and will be invited to formally apply for Canadian permanent residence.

The profiles of the remaining applicants will be ranked for consideration without a “sponsor” or hiring employer. Using a point system according to a number of selection factors such as Age, Education, Language, Experience and other factors, the highest ranked candidates will be considered for their potential “human capital” contribution to Canada.

Immigration authorities will then decide which of the highest ranked applicants will be invited to apply for permanent residence, through periodic draws.  Candidates who are issued invitations (ITA’s) are given a delay of 60-days to perfect their application.

It appears candidates who were selected during the first draws had very high comprehensive ranking scores.  Why is this?

Colin Singer: We believe that during the initial stages, CIC aimed to set the bar as high as possible.  It wanted to showcase its new Express Entry Immigration system as a successful program that brings candidates to Canada with a strong likelihood of integrating fully and quickly into the Canadian labour market.

Candidates who were selected from subsequent draws still had strong comprehensive scores.  What does this mean?

Colin Singer: We can observe that after the first 4 draws, the minimum CRS scores averaged 463 in 11 of the 12 subsequent draws, through the end of September 2015.   The lowest CRS score was 450.  Many candidates received an invitation without LMIA or PNP nomination.

Annual levels for 2015 have been raised to between 260,000 – 285,000 which will represent Canada’s highest immigration levels in 5 years.  Canada’s annual admissions this year will derive significantly from the Express Entry system.  Beginning in 2016, the majority of economic class admissions to Canada will derive from this system.

We expect that in order for CIC to reach its annual immigration levels, CRS scores will significantly decline into the 300’s in future draws.  This will favor candidates without an LMIA or PNP.

Early reports indicate that most successful applicants were already living in Canada as temporary workers. What does this mean?

Colin Singer: At the current early stages, this appears to indicate a move toward a “two-step” immigration system where individuals first come to Canada temporarily and then try to make the transition to permanent residence. However, it is highly unlikely the Express Entry system will produce sufficient numbers for CIC to reach its stated annual levels. For this reason we believe CRS scores will significantly decline into the 300’s in future draws. This will allow most applicants to succeed in one step from outside Canada.

Under express entry, are candidates required to obtain a job offer from a “sponsor” Canadian employer?

Colin Singer: A qualified job offer (LMIA) from an employer in Canada is a significant benefit but it is not a requirement.

Is express entry the only way to immigrate to Canada?

Temporary immigration programs such as the temporary resident visa, work permit and study permits are also excluded from the system. Candidates must follow the procedures for applying under such programs and not the Express Entry system.

Is express entry a success?

Colin Singer: As immigration lawyers and licensed recruiters on behalf of Canadian employers through our in-house recruitment enterprise – (www.grnmontreal.com), we know that most small and mid-sized employers are reluctant to take on the task of direct recruitment.   As well, employers with pressing hiring needs will unlikely wait a period of 6 months or longer for a candidate to begin employment under express entry.

The Canada Job Bank under express entry may become a marginal or secondary source of potential candidates for recruiters.  At best, this could account for a modest number of applicants selected by employers each year.

For candidates without a job offer from a Canadian employer or PNP nomination, immigration authorities will gradually lower CRS scores to meet its annual immigration levels.

The Federal Skilled Worker Program will continue to represent the largest number of Economic Class immigrants to Canada.

Express Entry is a success to the extent that the inventory of potential candidates and the processing of applications for permanent residence by immigration authorities is easier to manage than previously.

How is immigration.ca positioned for Canada’s express entry immigration system?

Colin Singer: We strongly believe that employment recruitment and individualized search consulting assistance is an important consideration for all immigrant applicants to Canada as well as Canadian employers.  In 2007, we acquired Global Recruiters of Montreal (www.grnmontreal.com) an independently owned franchise of Chicago based Global Recruiters Network.  GRN Montreal provides search consulting expertise that applicants and employers require.  We provide all our immigration clients with invaluable, search consulting services from our in-house trained recruiters. We regularly provide search consulting and immigration services to Canadian employers.  A number of our clients have settled in Canada via express entry.

We believe our clients have the best chances to succeed in their immigration projects under Canada’s Express Entry immigration system.

Colin R. Singer is immigration counsel for www.immigration.ca and Managing Partner of Global Recruiters of Montreal. He is one of Canada’s foremost senior corporate immigration attorneys. Colin is internationally recognized as an experienced and recommended authority on Canadian immigration and foreign recruitment. In addition to being licensed human resources professional, he is a licensed Canadian lawyer in good standing with the Quebec Law Society for more than 25 years and is authorized by the Canadian government in all immigration matters.