The federal government has agreed to undertake an in-depth study on the challenges of immigration in Atlantic Canada.

A private members’ motion won unanimous House of Commons support for a year-long examination of exactly what can be done to tackle demographic challenges in New Brunswick, Newfoundland & Labrador, Nova Scotia and Prince Edward Island.

Key elements of the study will include:

The Atlantic provinces are at the sharp end of Canada’s growing demographic problem, despite some success in tackling the aging population trend.

Both Prince Edward Island and Nova Scotia managed to increase their populations of under-45s in 2016, reversing a downward trend dating back at least five years (see charts below).

The provincial and federal governments recently announced a new pilot program allowing 2,000 new immigrants into Atlantic Canada in 2017 under the individual Provincial Nominee Programs. These numbers could rise if the program is a success.

The immigration pilot program is part of a new Atlantic Growth Strategy, aimed at boosting the economy in eastern Canada in five priority areas:

But the challenge still remains that new immigrants are drawn to the major cities of Vancouver, Toronto and Montreal and that once they have permanent resident status, free movement is a constitutional right. 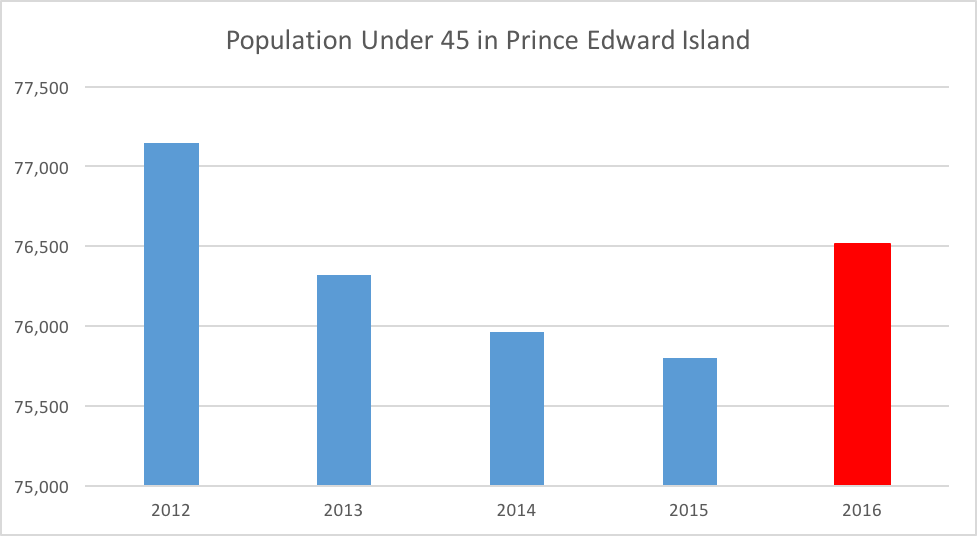 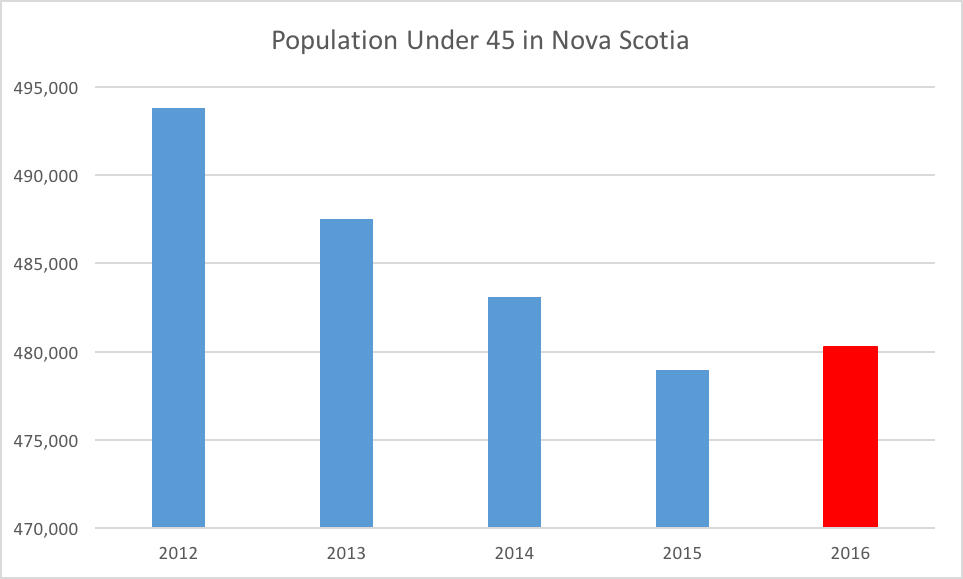 As Immigration Minister John McCallum recently announced a target of 300,000 newcomers for 2017, including a significant boost in the numbers of economic immigrants. Controlling where those immigrants live is the subject of lively debate. 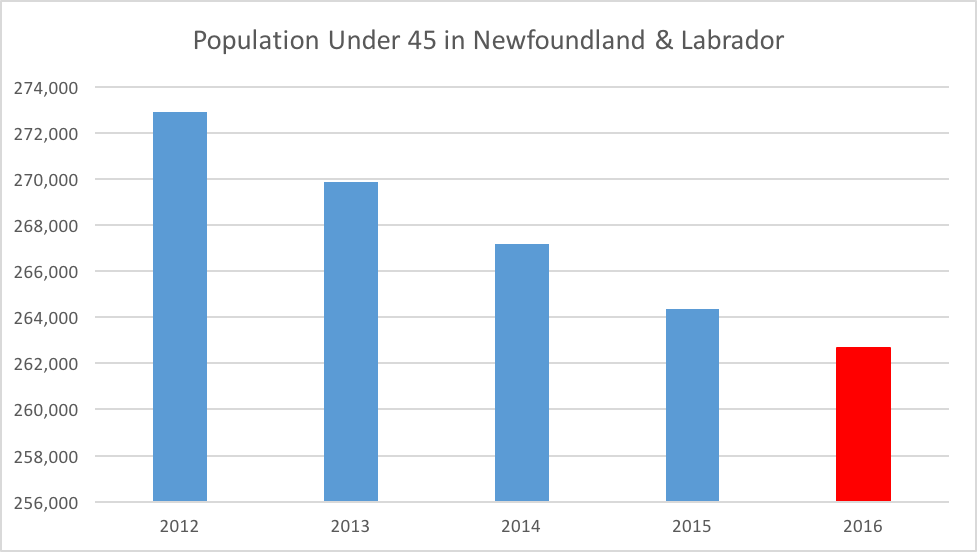 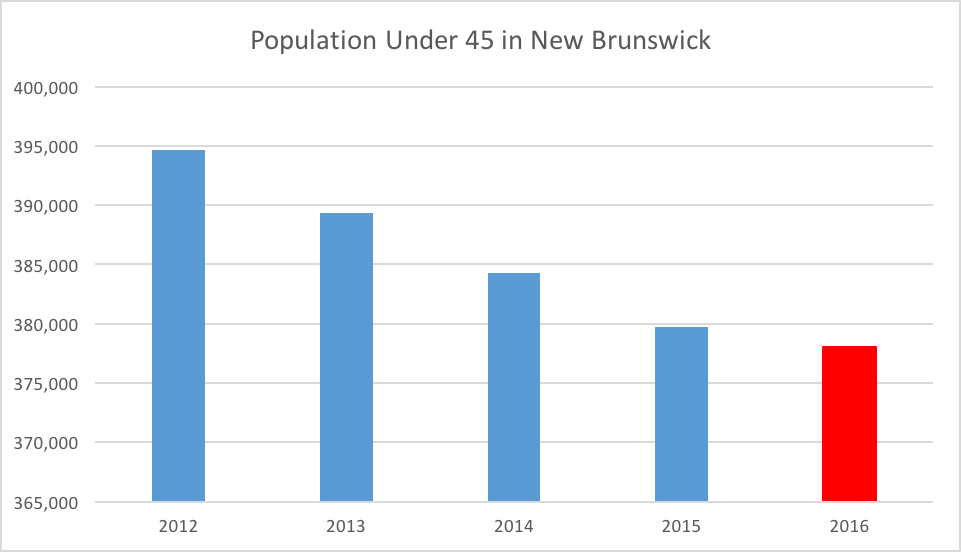 Back in July, the premiers of Canada’s nine provinces and territories have called for the federal government to give them the same controls over immigration as Quebec.

The 1991 Canada-Quebec Accord gives the French-speaking province the right to set its own immigration policies, with minimal input at federal level.

Now the other premiers want to be given the same powers, mainly because they believe they are each best placed to decide exactly what is required in terms of immigration for their individual economies.