July 24, 2017 – Thousands of foreign caregivers who meet requirements for Canadian permanent residence are caught up in a processing backlog with waiting times of more than four years. 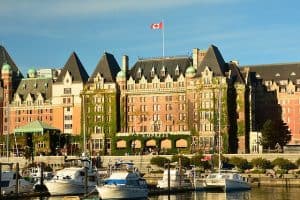 It means people who have already been away from their families for extended periods face a further excruciating wait as their application for permanent resident status is processed.

Immigration Minister Ahmed Hussen is facing pressure from advocacy groups to make a special case for caregivers and get the backlog cleared.

But with so many different priorities involved in Canada immigration policy, it is unclear whether Hussen has the resources to issue such a special order.

Ottawa has taken positive recent steps for the caregiver stream – part of the Temporary Foreign Worker Program. Officials removed the ‘live-in’ requirement from the category, and ended the cumulative duration stipulation, known as the ‘four-in, four-out rule’. This had meant a TFW was only allowed to remain in Canada for four year on a temporary work permit, and then was not allowed to return for four years.

Immigration, Refugees and Citizenship Canada (IRCC) officials blames the backlog on a lack of applications processed under the previous Conservative government.