June 30, 2017 – Canada Express Entry records tumbled in the second quarter of 2017, with invitations issued in swathes to candidates with scores lower than ever. 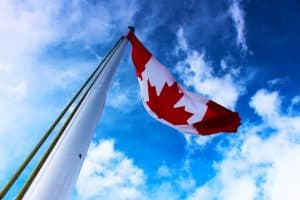 May 2017 saw a record low minimum Comprehensive Ranking System (CRS) score of 413 for an all-program draw, while in April a single draw saw an all-time high 3,923 Invitations to Apply (ITAs).

Canada immigration authorities continued on the path to a total for 2017 of more than 75,000 ITAs, with a dynamic second quarter building on a fast-paced first three months.

There were also further tweaks to how points are awarded, showing the flexibility, the system gives to Immigration, Refugees and Citizenship Canada (IRCC) to tinker with the scoring so as to ensure the right candidates are being selected.

The more than 50,000 ITAs issued over the first six months of the year dwarfs the totals for each of the previous two years and shows the system has kicked into top gear for selecting economic immigrants.

After the first quarter of 2017, the number of ITAs had already passed the whole-year totals for both 2015 and 2016. It is clear 2017 is the year Express Entry has truly started operating at full capacity. 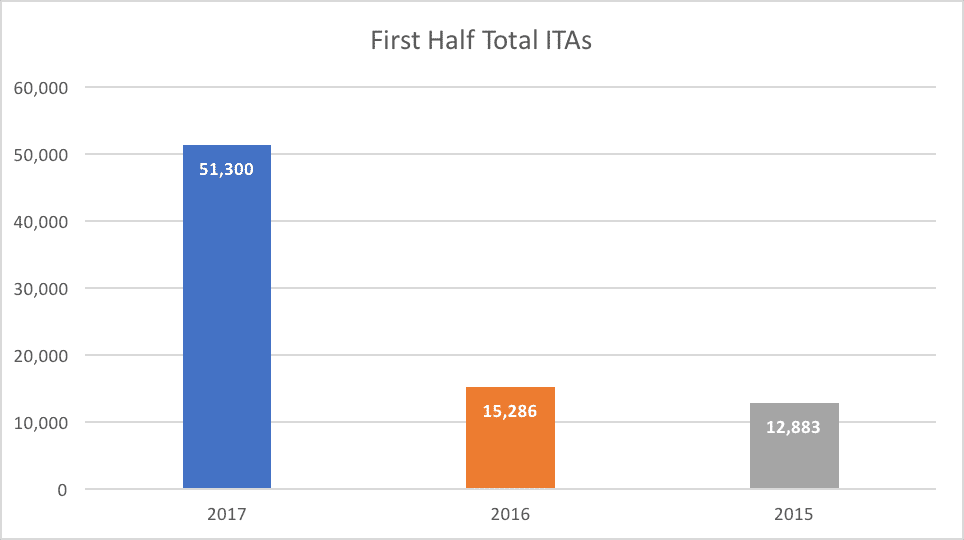 When you consider the numbers on a draw-by-draw basis, the 2017 is made even more clear. Not only is 16 draws the most for any six-month period so far, the ITA number were consistently more than double those issued in previous years.

It should be mentioned that draws 13 and 14 in the below chart were program-specific, meaning they were targeted at the provincial nominee programs and Canadian Experience Class respectively.  More on this later. 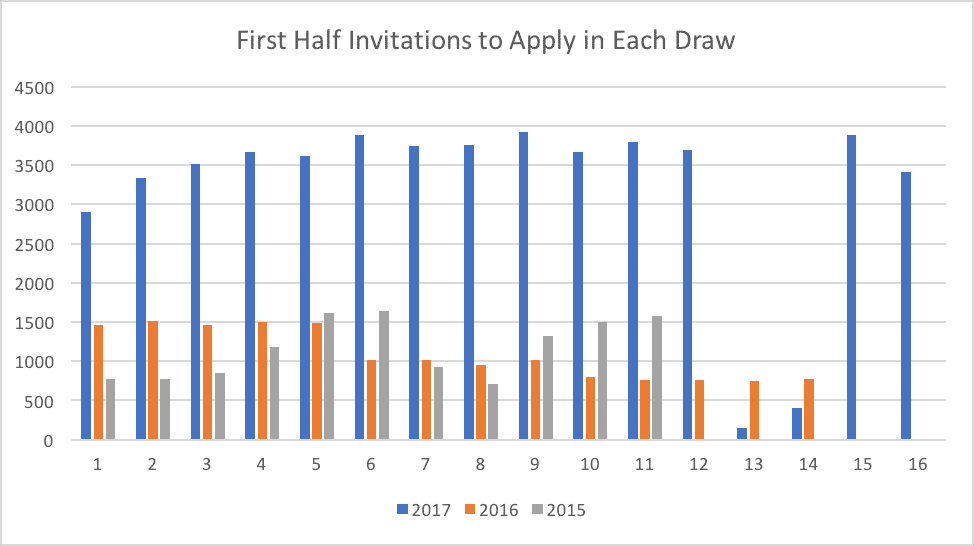 Some of the reasons for the dramatic increase are laid out below:

The dramatic increase in ITA numbers has forced down the CRS score, with a record low of 413 recorded in May 2017 as well as two instances where 415 was the minimum score.

It means candidates with lower scores than ever are achieving ITAs, making Canada more and more accessible to new permanent residents, who are residing outside Canada.

The final draw of the second quarter at the end of June 2017 saw the CRS score rise slightly to 449. This came after the IRCC left a month between draws to allow June 6, 2017 changes in the scoring system to take effect. That extra time allowed the numbers and standard in the pool to swell, providing many candidates with increased points for a sibling in Canada or high French language abilities and this raised the minimum CRS score. 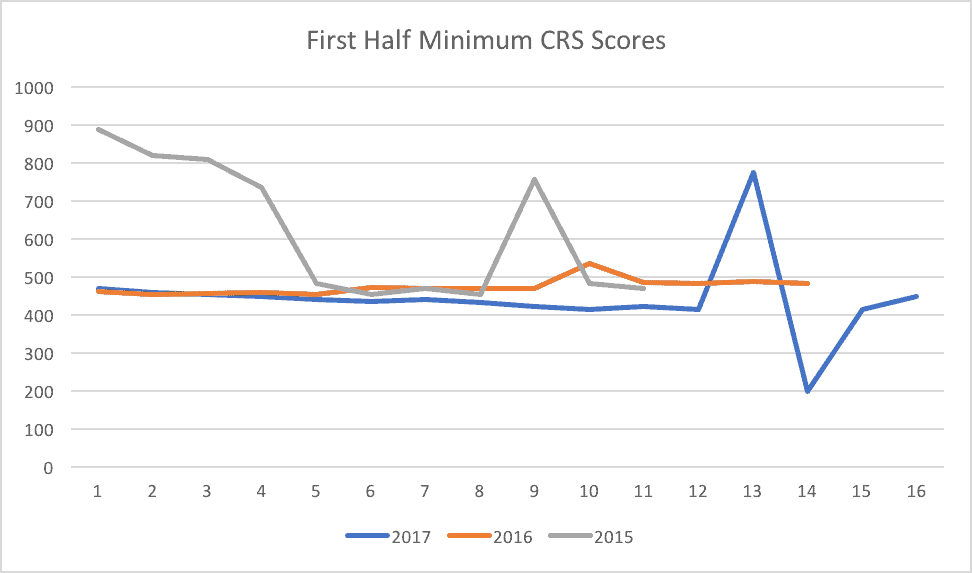 The second quarter of 2017 also saw two unusual program-specific draws (numbers 13 and 14 on the above chart).

It is not the first time the IRCC has conducted a draw aimed only at provincial nominee programs (draw 13). This draw saw a minimum CRS score of 775 and 143 ITAs issued. This has the effect of creaming off all of the highest-scoring profiles in the pool, and giving the provinces the candidates they have selected for immigration. The 600 points for a provincial nomination is now the only way to effectively guarantee an ITA, after job offer points were reduced at the end of 2016.

Livestream Video: Why Thousands Of Applicants Are Failing Under Canada Express Entry

Draw 14 represented a first, in that it was a draw aimed specifically at the Federal Skilled Trades program. The minimum points score of 199 meant candidates who previously had little hope of being invited to apply, were suddenly bumped up the immigration queue. It is another example of the flexibility of Express Entry, and how immigration authorities can identify a need and react quickly.

On June 6, 2017, Canada immigration authorities made further changes to how points are scored under Express Entry. As the data set available to immigration officials increases, they are able to see where changes need to be made to make sure the right candidates are being selected.

The IRCC has not been afraid to tinker, making major changes in November 2016 including reducing job offer points and increasing points for a Canadian education.

Three more Express Entry changes were made in early June.  These were:

Candidates now score 15 additional points for a level 7 in listening, speaking, reading and writing in the Niveau de Competence Canadiens (NLC) combined with an English score of 4 or below in the Canadian Language Benchmark (Linguistique CLB).

Those points rise to 30 if the French level 7 is combined with an English level 5 or above.

The changes also included an end to mandatory job bank registration for all candidates without a job offer, although this does not impact points.

The IRCC must now have one eye on 2018 as it operates Express Entry in the second half of 2017.

The six-month processing time means candidates invited to apply now could land in 2018. The proportion landing as permanent residents next year will increase as 2017 continues.

Of crucial importance will be the immigration numbers plan for 2018, likely to be made public in the latter part of 2017. Immigration officials will likely already have at least an idea of where those numbers will be, allowing them to set draw sizes accordingly.

If regular, two-week draws continue as expected, the minimum CRS score should fall into the lower 400s again. It seems unlikely there will be a first all-program draw with a score below 400, but do not count it out at this stage.