A Look Ahead: Canada Immigration In 2020 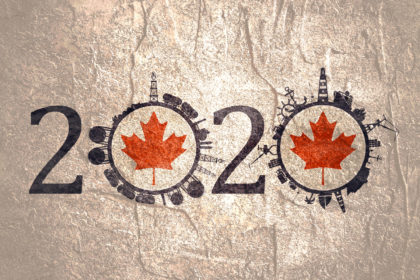 2020-01-03 – With a new federal immigration minister at the helm in the shape of former Crown Prosecutor Marco Mendicino, plenty of Canada immigration developments are expected in 2020.

The Liberal Party made a number of promises on immigration ahead of the October election, backed up in Justin Trudeau’s mandate letter to Mendicino.

Mendicino must also be preparing his first immigration levels plan to submit to parliament.

The fee was significantly increased under the previous Conservative government and has been blamed for a reduced rate of permanent residents become citizens.

Initially introduced as a pilot, the Liberals say they will make it permanent.

5) Modernization of the Safe Third Country Agreement with the U.S.

Stakeholders should expect more of the same from Express Entry during 2020. Canada’s re-elected minority Liberal government did not flag any intended changes either before or after the October election.

Previous changes to the CRS have been tabled well in advance, making further alterations in 2020 more unlikely.

One possible change that could impact Express Entry is the introduction of a Municipal Nominee Program.

It is possible the new program could be linked to Express Entry in a similar way to parts of the Provincial Nominee Program.

Parents and Grandparents Program In 2020

The turn of the year saw the federal government announce it would be delaying the intake process for the Parents and Grandparents Program, which was due to open on January 1, 2020.

IRCC will hope to find for a final solution to a problem it has been plagued by for a number of years, namely how to make the process fair for everyone.

In reality, a process that has 20,000 application spaces for more than 100,000 potential applicants is always going to court controversy.

Meanwhile, further developments can be expected in Quebec, starting with the introduction of the Quebec values test on January 1, 2020.

The French-speaking province is also likely to have a second attempt at reforming the Quebec Experience Program (PEQ) after the botched effort at the end of 2019.

Several of Canada’s provinces have proven themselves willing and able to modernize and develop their provincial nominee programs, so more of the same should be expected in 2020.

As local labour markets evolve, PNPs are best equipped to react quickly to developing needs, with federal programs bringing in immigrants based on broader criteria.

A new Municipal Nominee Program is also expected in 2020, enhancing Canada’s ability to respond to developing labour market needs at a hyper-local level.