British Google Searches Spike on ‘How to Move to Canada’ 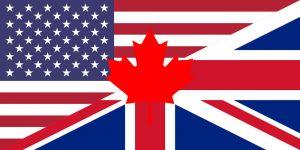 First Americans, now the British. Google searches for ‘move to Canada’ spiked on Friday as the UK voted to leave the European Union in a referendum that reverberated around the world.

Following in the footsteps of Americans concerned by the prospect of a Donald Trump presidency, the British began frantically looking for alternative options as turmoil took hold following the ‘Brexit’ vote.

The pound plummeted, financial markets crashed and British Prime Minister David Cameron resigned as even the leaders of the leave campaigned were shocked by the impact of their victory.

As the drama unfolded, Britons fearing for the future of their country began to explore the possibility of moving here.

Google Trends showed a 100 per cent increase in searches for ‘move to Canada’ as a direct result of the referendum result.

The search company does not provide real numbers, but its ‘search volume index’ records an average number of queries as ‘1’. On Friday, the index was 100. 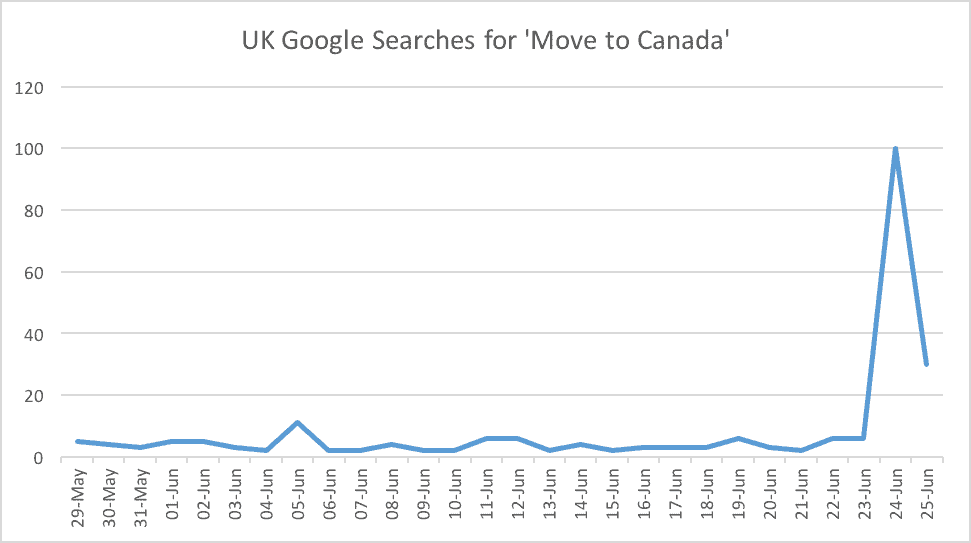 The data also shows that more people from Wales conducted the search than anyone else.  Welsh people also voted to leave the EU.

In Scotland, where the vote swayed overwhelmingly towards the Remain camp, fewer people conducted searches of moving to Canada. 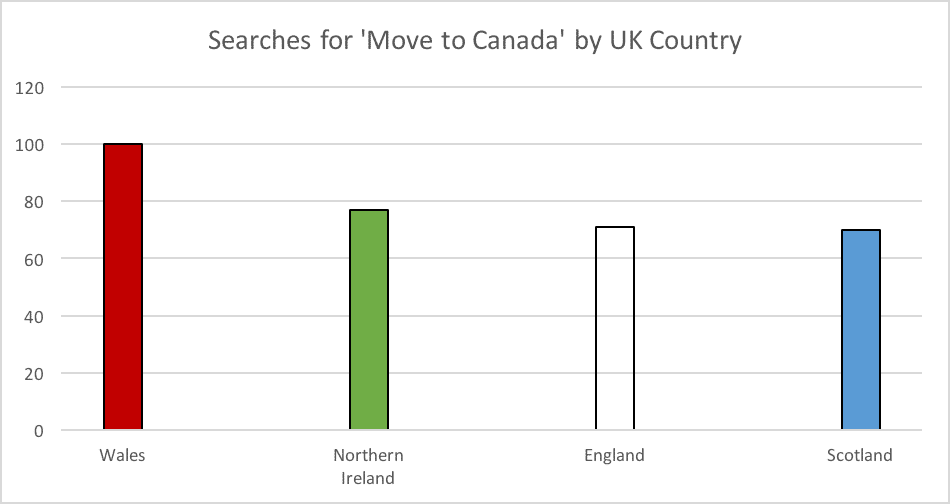 Since Friday’s result, Scottish lawmakers have begun calling for a vote on whether the country should remain part of the UK. A 2014 referendum on the subject saw Scots vote 55 per cent to 45 per cent in favour of staying in the UK.

The US saw a very similar spike in Google searches on the day Donald Trump won a swathe of Super Tuesday states in the race for the Republican presidential nomination.

Trump was initially seen as an unlikely candidate to win the nomination, but as the prospect of him challenging for the White House became real – he is now the presumptive Republican nominee – many Americans began looking for a way out. 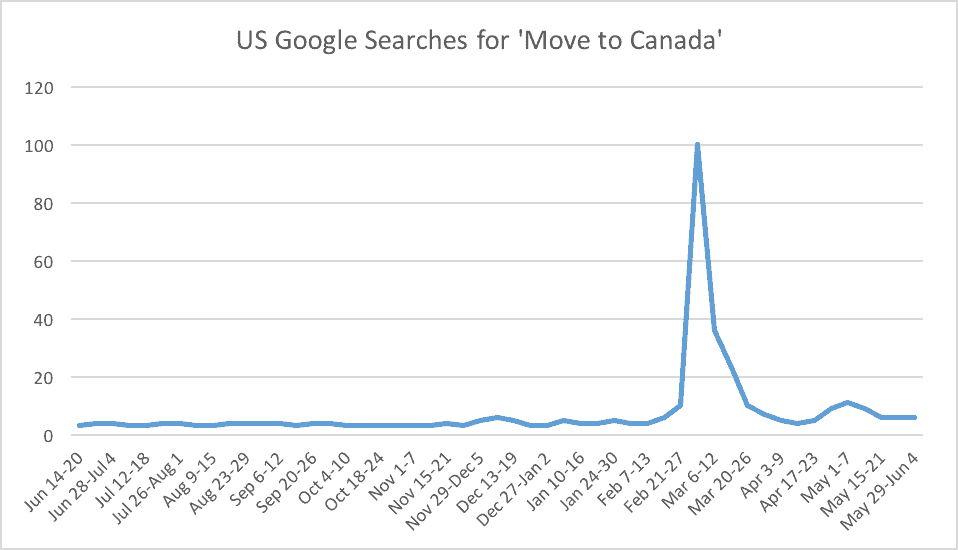 The British are traditionally a major source country for Canadian immigration. In 2015 there were approximately 610,000 people who were born in the UK, yet living in Canada, making the UK the third most popular immigrant nationality behind Chinese (710,000) and Indian nationals (620,000).

Historically, Britain dominated the Canadian immigration landscape, representing 16 per cent of the total immigrant population in 1990, by far the leading source country at that time. 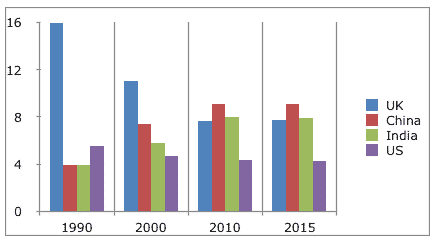