Immigration staff shortage and red tape are slowing down the application process of refugees seeking asylum in Canada, despite a growing number of Canadians lining up to sponsor Syrian refugees. 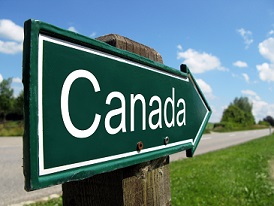 Asylum seekers are required to fill out 60-page documents, obtain United Nations approval, and undergo intensive interviews, in order to be granted refugee status in Canada. The whole refugee immigration process takes an average of one year to complete.

Refugee advocacy groups are calling for more political will, swift action to cut the red tape, and the immediate introduction of a fast-track application process. Some are even pleading for regulations to be waived and planes to airlift refugees to Canada.

They are slowly being heard. British Columbia Premier Christy Clark has allocated $1 million to help Syrian refugees settlee in her province, while Quebec Immigration Minister Kathleen Weil said the province would fast-track sponsorship applications and triple the number of Syrian refugees it accepts in 2015. The Catholic church has also ramped up its efforts to aid Syrian refugees, pledgeing to raise $3 million to help settle 100 refugee families in the Toronto area.

According to Citizenship and Immigration Canada, to date 2,374 Syrian refugees have been re-settled in the country, including over 800 privately sponsored refugees.

Despite the slow process, the government assets that all resettlement cases must be carefully screened to ensure that there are no issues related to security, criminality or health. CIC works with its security partners such as the Canada Border Services Agency to complete this work as quickly as possible. It also claims that Syrian resettlement applications and sponsorships are being processed on a priority basis.  However , the facts prove otherwise.