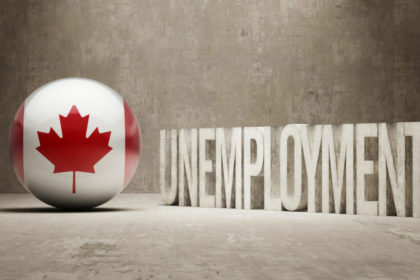 Canada’s coronavirus recovery continued in November as employment rose by more than 62,000 and unemployment dropped to 8.5 percent.

The Canada jobs Labour Force Survey recorded an employment increase of 0.3 percent for the month, slower than previous months but still another step in the right direction.

The month saw full-time employment rise by 99,000, another significant sign of the recovery of the jobs markets.

Despite the second wave of COVID-19 currently gripping Canada, the jobs recovery has continued.

Demographically, men aged 25 to 54 added 23,000 jobs in November, a rise of 0.4 percent. Women in the same age-group saw little changed during the month.

There were jobs gains in seven out of 10 Canadian provinces in November, led by Ontario.

Employment in the Atlantic provinces of Newfoundland & Labrador, Nova Scotia and New Brunswick has returned to pre-COVID levels.

Only the prairie provinces are currently experiencing difficulties, with falling jobs numbers in Manitoba, Saskatchewan and Alberta.

Ontario added 36,600 jobs for an unemployment rate of 9.1 percent, followed by British Columbia, which added 23,900 jobs and currently has 7.1 percent unemployment.